A summit of Gulf states has quickly concluded in Saudi Arabia’s capital amid signs of a thaw in relations between a host of blockading countries and Qatar – even though there was no concrete progress in solving the two-year diplomatic crisis.

A closed-door meeting lasted less than an hour before a final communique by the six-member bloc – comprised of Qatar, Saudi Arabia, the United Arab Emirates, Kuwait, Bahrain and Oman – emphasised the need to increase military and security cooperation to maintain regional cooperation. There were also calls to achieve financial and monetary unity by 2025.

After it was read out, Kuwait’s ruling emir Sheikh Sabah al-Ahmad al-Sabah, who has long pressed to resolve the Qatar dispute, commended the call for unity.

“God willing, the coming meetings will be better than past meetings,” al-Sabah said.

At a news conference after the end of the summit, Prince Faisal bin Farhan Al Saud, the Saudi foreign minister, said the Kuwaiti emir’s mediation efforts were still ongoing, adding that the four blockading countries “are supporting these efforts”.

Saudi Arabia, the United Arab Emirates (UAE), Bahrain, and non-GCC member Egypt cut diplomatic and economic ties with Qatar in June 2017 over allegations of supporting “terrorism”. Doha denies the accusations and says the boycott aims to impinge on its sovereignty.

Last week, Qatar’s foreign minister told a conference in Rome that the Gulf crisis has “moved from stalemate to progress”. He also revealed that talks had taken place between Qatari and Saudi officials but did not provide further details.

This month, meanwhile, the three Gulf blockading countries took part in a regional football tournament in Qatar, reversing at the last minute an earlier decision to not participate,

“There seems to be a lot of goodwill out there; talking about unity on a number of issues and a united effort on military, financial and other affairs,” he said.

Bishara added the apparent “warm reception” that the Qatari prime minister had received “bode well for something more optimistic” after years of tension and distrust.

“Qatar is not going to go back to any of the previous understandings reached in Riyadh because it was stabbed in the back,” Bishara said. “It wants more assurances and guarantees and those will not happen in one event; this is going to be a process – short or long – but definitely a process,” he added, calling the summit an “important signpost” that suggested that “there are better signs today than there were two months in as far as resolving the crisis”.

Talha Abdulrazaq, a researcher at the University of Exeter’s Strategy and Security Institute, said the summit was unlikely to resolve the dispute given that not all blockading countries seemed interested in ending the crisis.

“We have to bear in mind that what Saudi Arabia may desire in terms of building bridges may not be shared by the United Arab Emirates, Riyadh’s partner in the blockade,” he told Al Jazeera.

“This therefore indicates that there’s a lot of diplomatic work to be done before a substantial breakthrough occurs and a first significant step would be to get all the leaders in the same room together in the first place.” 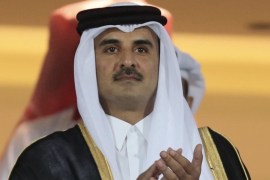 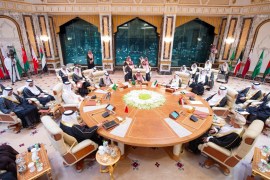 Recent developments point to a possible thaw in relations between the blockading Gulf countries and Qatar. 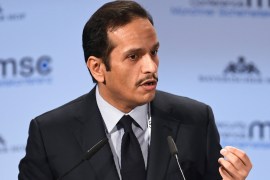 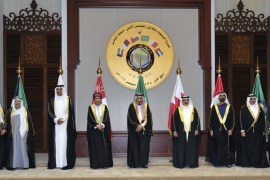