US House of Representatives Speaker Nancy Pelosi on Thursday said she has instructed the House Judiciary Committee to draft articles of impeachment against President Donald Trump over his effort to pressure Ukraine to investigate a political rival.

“The facts are uncontested. The president abused his power for his own personal political benefit at the expense of our national security by withholding military aid and (a) crucial Oval Office meeting in exchange for an announcement of an investigation into his political rival,” Pelosi said in a televised statement.

“Sadly, but with confidence and humility, with allegiance to our Founders and our hearts full of love for America, today I am asking our chairman to proceed with articles of impeachment,” she said, referring to House Judiciary Committee Chairman Jerrold Nadler. “The president leaves us no choice by to act.”

Pelosi made the remarks a day after the Judiciary Committee held a hearing in which three constitutional law experts called by Democratic politicians said Trump had engaged in conduct that represents impeachable offences under the Constitution. A fourth expert called by Republican politicians called the Democratic-led impeachment inquiry rushed and flawed.

BREAKING: House Speaker Nancy Pelosi – "The president leaves us no choice but to act".

US House of Representatives will file impeachment charges against Trump for alleged abuse of power: https://t.co/cmN5WdR2EM https://t.co/xToLbFk1CA

Trump, who has denied any wrongdoing and called the impeachment investigation a hoax, responded in a tweet, saying, “This will mean that beyond important and seldom used act of Impeachment will be used routinely to attack future Presidents. That is now what our Founders had in mind. The good thing is that the Republicans have NEVER been more united. We will win!”

Trump “has done nothing but lead our country – resulting in a booming economy, more jobs & a stronger military, to name just a few of his major accomplishments. We look forward to a fair trial in the Senate.”

The House Intelligence Committee this week submitted findings from its inquiry into Trump’s push for Kyiv to launch an investigation related to former United States Vice President Joe Biden, a top contender for the 2020 Democratic presidential nomination. Trump also wanted Ukraine to look into the discredited theory that Ukraine, not Russia, meddled in the 2016 US election.

Democrats have accused Trump of abusing his power by withholding $391 million in security aid to Ukraine – a US ally facing Russian aggression – to pressure Ukrainian President Volodymyr Zelenskyy to announce the investigation.

At the centre of the impeachment inquiry is a July call between Trump and Zelenskyy in which the US president asks his Ukrainian counterpart for a “favour”. He then went on to ask for an investigation into the Bidens.

At the Capitol, the polarising political divide over impeachment, only the fourth such inquiry in the nation’s history, was on display.

Democrats in the House say the inquiry is a duty. Republican representatives say it is a sham. And quietly senators of both parties conferred on Wednesday, preparing for an eventual Trump trial.

“Never before, in the history of the republic, have we been forced to consider the conduct of a president who appears to have solicited personal, political favours from a foreign government,” said Nadler this week.

Nadler said the July 25 call was not the first time Trump sought foreign help to influence a US election, noting Russian interference in 2016. He warned against inaction with a new campaign under way. The 2020 presidential election are now less than a year away.

“We cannot wait for the election,” he said. ” If we do not act to hold him in check, now, President Trump will almost certainly try again to solicit interference in the election for his personal political gain.”

Trump, attending a NATO meeting in London, called Wednesday’s hearing a “joke” and doubted many people would watch because it’s “boring”.

Once an outsider to the GOP, Trump now has Republicans’ unwavering support. They joined in his name-calling the Judiciary proceedings a “disgrace” and unfair, the dredging up of unfounded allegations as part of an effort to undo the 2016 election and remove him from office.

“You just don’t like the guy,” said Representative Doug Collins, the top Republican on the House Judiciary panel.

White House Counsel Pat Cipollone, who has declined for now to participate in the House proceedings, relayed on Wednesday Trump’s hope that the impeachment effort can be stopped in the House and there will be no need for a Senate trial, which seems unlikely.

White House officials and others said Trump is eager to have his say. Trump lambastes the impeachment probe daily and proclaims his innocence of any wrongdoing at length, but he has declined to testify before House hearings or answer questions in writing.

The House Judiciary Committee will now begin drafting articles of impeachment, and could vote on them next week. The full House could vote by Christmas. The matter would then move to the Senate for a trial in 2020.

While liberal Democrats are pushing the party to incorporate the findings from former special counsel Robert Mueller’s report on Russian interference in the 2016 election and other actions by Trump, more centrist and moderate Democrats prefer to stick with Ukraine matter as a simpler narrative that Americans understand. 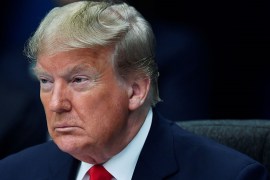 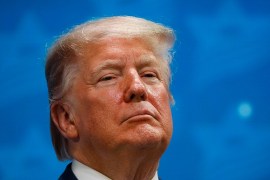 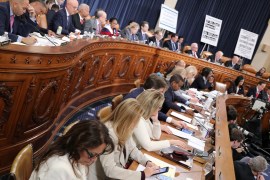 US House panel to hear impeachment presentations on Monday 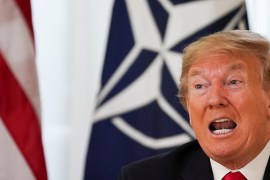