The head of the United Nations agency for Palestinian refugees has resigned effective immediately after the initial findings of an internal investigation found “management issues” that need to be addressed.

UNRWA confirmed to Al Jazeera that Krahenbuhl had resigned, without providing additional details.

The UN had earlier announced that Krahenbuhl has been placed on administrative leave while the investigation continues.

A confidential internal agency ethics report, first reported on by Al Jazeera in July, accused Krahenbuhl and his “inner circle” of “abuses of authority for personal gain, to suppress legitimate dissent and to otherwise achieve their personal objectives”.

The report alleged the “inner circle” was made up of Deputy Commissioner-General Sandra Mitchell – who resigned from her post in late July – Chief of Staff Hakam Shahwan – who left the agency in early July – and Senior Adviser to the Commissioner-General Maria Mohammedi.

It claimed that members of the inner circle “engaged in misconduct, nepotism, retaliation … and other abuses of authority” following the fallout from the United States’s decision to cut its contributions to UNRWA in 2018. Washington was historically the agency’s largest individual donor.

The funding crisis “served as an excuse for an extreme concentration of decision making power in members of the ‘clique’ and in particular, the [former] chief of staff; increased disregard for agency rules and established procedures, with exceptionalism becoming the norm; and continued excessive travel of the commissioner-general”.

These developments led to an “exodus of senior and other staff”, it said, and a work culture “characterised by low morale, fear of retaliation … distrust, secrecy, bullying, intimidation, and marginalisation … and management that is highly dysfunctional, with a significant breakdown of the regular accountability structure”.

The report concluded the individuals’ alleged conduct presents “an enormous risk to the reputation of the UN” and said “their immediate removal should be carefully considered”.

Much of the document focused on allegations surrounding the conduct of Krahenbuhl, a Swiss national who took up the agency’s top job in March 2014. It included claims that Krahenbuhl’s relationship with Mohammedi, his senior adviser, went “beyond the professional”, creating a “toxic environment” for their colleagues.

A former UNRWA director who read the ethics report said they found it to be “accurate”.

But Krahenbuhl told Al Jazeera at the time that he “unreservedly” rejected the characterisation of UNRWA and its senior leadership set out in the ethics report.

Mohammedi, meanwhile, said she had “never seen” the ethics report and rejected the accusations about her conduct as “false” and “ill-intentioned”.

Tamara al-Rifai, a UNRWA spokeswoman, said earlier on Wednesday that Mohammedi will continue in her current role at the agency, adding that it was not yet clear when the findings of the inquiry would be announced.

The agency was set up in the years after more than 700,000 Palestinians were expelled or fled their lands during the 1948 establishment of the state of Israel. It provides vital schooling and medical services to millions of impoverished refugees in Lebanon, Jordan, Syria, and the Palestinian territories.

In its statement on Wednesday, UNRWA said it has also begun an internal review that has “revealed a number of areas which required strengthening”.

The agency said it has already commenced corrective action and will be pursuing further initiatives in the coming months.

The statement quoted Antonio Guterres, the UN chief, calling upon donors to commit to funding UNRWA so “it is able to carry out its unique and vital role in serving over 5.5 million Palestine refugees”. 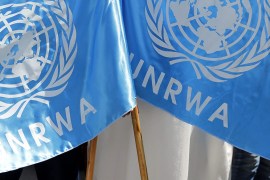 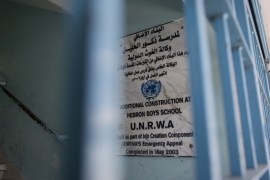