Peru‘s opposition leader Keiko Fujimori walked free from prison on Friday night after being jailed for more than a year, pending a trial over allegations she accepted illegal campaign contributions from Brazilian construction firm Odebrecht.

Fujimori, leader of the powerful right-wing Popular Force party, left prison in the Chorrillos district of the capital city, Lima, according to a Reuters witness at the scene.

The country’s constitutional tribunal, Peru’s top court, had ordered her release on Monday after she was handed an 18-month pre-trial sentence in October last year.

Until Friday, Fujimori had been in jail since October 2018 after prosecutors said she led a criminal organisation and received millions of dollars from Odebrecht during her 2011 election campaign.

She denies the accusations.

Fujimori is the daughter of the country’s authoritarian former President Alberto Fujimori, who is serving a 25-year sentence for human rights crimes and corruption.

The country is preparing to hold legislative elections on January 26 after President Martin Vizcarra dissolved Congress amid a battle with politicians over his anti-corruption campaign.

Keiko Fujimori’s Popular Force party had held a majority in Congress before its dissolution.

Popular Force, a conservative right-wing group, has announced it will participate in the January elections, but Fujimori is not expected to take part.

She is one of Peru’s most powerful politicians but has experienced a stunning downfall since her detention in October 2018.

Odebrecht, the Brazilian construction giant, has admitted to doling out millions to politicians around Latin America in exchange for lucrative contracts. 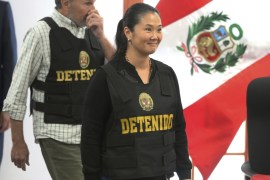 Protests in Peru after court orders release of Keiko Fujimori 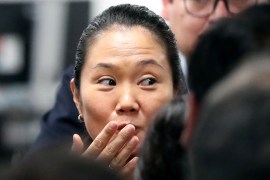 Fujimori remains under investigation over undeclared financial contributions to her 2011 presidential campaign. 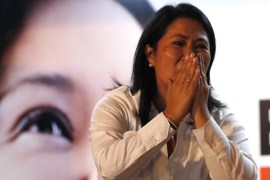 After narrow victory, Pedro Pablo Kuczynski will have to work with Keiko Fujimori’s party which has Congress majority.