The SWAPO party received more than 56 percent of the votes for the national assembly, significantly less than during the last elections when the party, which has been in power since independence in 1990, won 80 percent of the vote, Saturday’s results showed.

Geingob celebrated his win even before the official results were made public.

“I am humbled and commit to serve the Namibian nation with more passion and utmost dedication, to bring tangible improvements in the lives of our citizens,” Geingob wrote on Facebook on Saturday afternoon. “I have heard you.”

Geingob’s win comes days after allegations of corruption and money laundering in the Namibian fishing industry led to the resignation and arrest of two government ministers in the wake of a joint investigation by Al Jazeera’s Investigative Unit, the Icelandic State Broadcaster RUV, and the Icelandic magazine Stundin.

The two were accused of taking bribes in return for giving Samherji, one of Iceland’s largest fishing companies, preferential access to Namibia’s rich fishing grounds.

Both ministers were arrested following the Al Jazeera investigation, Anatomy of a Bribe, which will be released in full on December 1.

Several businessmen related to the scheme, including Esau’s son-in-law Tamson Hatuikulipi and his cousin James Hatuikulipi, were also taken into custody.

The group of six are accused of fraud and corruption. They deny all wrongdoing.

In recent days, Namibians expressed frustration over what they considered to be a slow pace of vote-counting.

In 2014, provisional results were announced a day after voting took place.

Opposition parties also complained about the use of electronic voting machines, fearing the lack of paper could facilitate fraud.

Despite being one of the most mineral-rich countries in Africa, with diamonds, silver, uranium, copper, zinc and gold representing more than 30 percent of its exports, the nation of some 2.5 million has been hit by an economic slowdown while unemployment – especially among the younger generation – remains stubbornly high.

In addition, economic inequality among the country’s black and white population is glaring. About 6 percent of the country’s inhabitants are white, with some German-speaking descendants from the colonial era and others originally from South Africa.

The country is also experiencing one of its worst droughts in history, wreaking havoc on crops, scorching grazing lands and threatening the food supply. 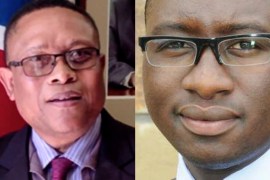 Officials in Namibia corruption scheme to remain in custody 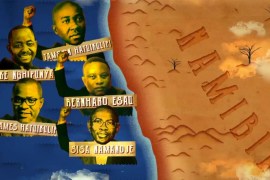