The Democratic Republic of the Congo’s (DRC) army has said it killed a rebel leader in the country’s northeast, hours after attackers killed at least 13 people in the restive region.

The announcement on Saturday morning came as the area reels from a string of recent attacks that have killed scores of people over the past month, prompting angry protests this week by residents accusing local and international forces of failing to protect them.

“The killing of this leader is another sign that we have the capacity to end this rebellion in the coming days,” General Leon Richard Kasonga told Al Jazeera on Saturday.

“It will not be an easy task as the enemy is trying to turn the [local] population and opinions against the army by killing people in the city,” he added.

The death of Islam is the second of a senior commander of the group since the army launched last month an offensive against the ADF, a feared armed group that has been accused of carrying out dozens of deadly attacks in recent years.

Earlier this month, Congolese forces killed Nasser Abdullayi Kikuku, another senior leader of the group that has also been blamed for the recent upsurge of violence in the area. 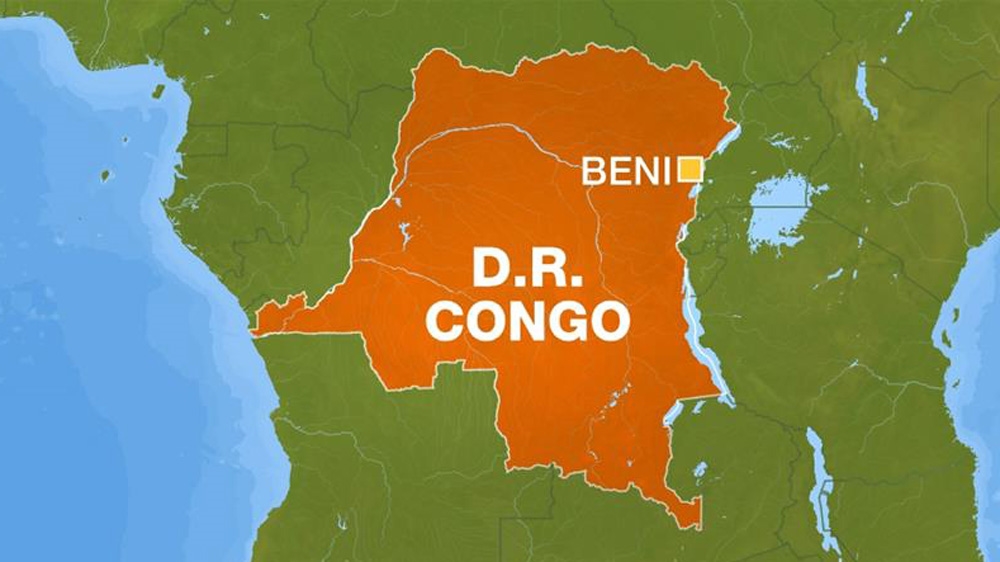 Meanwhile, security officials told Al Jazeera that attackers on Friday killed 13 people in Kukutama, a village about 10km (six miles) from the city of Oicha, where 28 people died during a previous attack earlier in the week.

“We are told it is a gruesome scene,” Al Jazeera’s Catherine Wambua-Soi said, reporting from Goma, the capital of North Kivu province. “That some of the bodies were mutilated, others had their heads cut off,” she added.

“People are very upset with what is going on, that ADF rebels are able to carry out attacks yet we have thousands of soldiers in that area carrying out an offensive against the ADF and United Nations peacekeepers in the region, as well.”

Eastern DRC has long been afflicted by violence, with a number of armed groups operating across a region that has historically been neglected by the central government in the capital, Kinshasa.

The situation has worsened in recent years, causing mass displacement, while the increase in violence has complicated efforts to end the DRC’s current Ebola outbreak – the second deadliest of its kind in history – which has killed more than 2,100 people since erupting in the country’s eastern North Kivu and Ituri provinces in August 2018.

Residents accuse both the DRC’s security forces and MONUSCO – one of the UN’s most expensive and largest peacekeeping missions in the world that has operated in DRC for the past 20 years – of not doing enough to stop rebel attacks on civilians.

At least 81 civilians have been killed since November 5 in Beni, according to figures provided by Kivu Security, a joint project of the Congo Study Group and Human Rights Watch.

Wambua-Soi said officials believed that the rebels appeared to be attacking civilians to pressure the government to stop its military offensive.

“The region’s governor told us the attacks seem to be a strategy employed by the ADF to cause maximum panic and fear and show that Beni is ungovernable,” she said.

“He told us that the rebels want to show the security of the situation is out of control. He said they want to anger the people so the army halts its operation against them.”