Protests against United Nations peacekeepers in northeast Democratic Republic of the Congo (DRC) have spread from Beni to other towns in the region, as anger mounts over the perceived failure to protect civilians from deadly rebel attacks.

On Wednesday, demonstrators in the city of Goma blocked the main road leading to Beni further south where the first protests against the UN mission in the DRC (MONUSCO) broke out on Sunday.

“Police have been forced to use tear gas and to fire live bullets in the air,” Wambua-Soi said.

“Everybody here seems to be very angry, they are all saying that they do not want MONUSCO here, they want them gone,” she added.

Beni #DRC protesters marching with body of a protester killed on sat. He's being buried today. They have been demonstrating against the UN whom they say is not protecting them against rebel attacks & Congolese army who they accuse of being disorganised @JoyJoynjuguna @uaykani

Demonstrators on Tuesday attempted to find their way to a UN base near the Goma airport, before being driven back by government soldiers, but Wambua-Soi said protesters were determined to try again on Wednesday.

Protests also spread to Butembo, 57km (35 miles) south of Beni, where a protester was killed on Tuesday after clashes with security forces. The mostly young protesters on Tuesday tried to attack several UN staff at the Kikyo reception centre, according to Butembo Mayor Sylvain Kanyamanda. Police used tear gas and warning shots to disperse them.

Demonstrators accuse both the DRC’s security forces and MONUSCO – the world’s biggest peacekeeping mission that has operated in DRC for the past two decades – of not doing enough to stop rebel attacks on civilians.

In the latest incident, eight Beni residents were killed late on Sunday by fighters suspected of belonging to the Allied Democratic Forces (ADF) rebel group, prompting protesters to take to the town’s streets.

On Monday, four people were killed in clashes with security forces after angry demonstrators torched the mayor’s office and attacked several UN buildings in Beni.

“We are aware of the demonstrators who are making their way and we are making every effort to continue the dialogue with these demonstrators and their leaders, as well as the national authorities … to ensure calm and return to peace and security,” Omar Aboud, the United Nations chief of military forces in Beni, told Al Jazeera on Tuesday.

The DRC’s volatile east is home to many armed groups, including ADF, vying for control of the mineral-rich region.

Nearly a month ago, the DRC’s armed forces announced they had launched an offensive to wipe out armed groups in eastern DRC.

Since then, dozens of civilians in the region have been killed, according to officials. During previous military operations against the ADF, its fighters retaliated by attacking civilians, local activists say.

“People are asking, ‘Why is the UN here?’ and also saying that their army is quite disorganised and do not feel protected at all,” Wambua-Soi said.

The spike in violence has complicated efforts to end the DRC’s current Ebola outbreak – its tenth to date and the second deadliest of its kind in history – which has killed more than 2,100 people since erupting in the North Kivu and Ituri provinces in August last year

Amid the mounting insecurity, the World Health Organization (WHO) announced on Tuesday that it had moved dozens of staff from the Ebola-hit region.

“We need law and order restored in order to carry out the vital operations,” Lindmeier told a news conference in the Swiss city of Geneva.

Separately on Tuesday, the UN Security Council condemned attacks against civilians and UN facilities in the DRC.

Speaking at a closed meeting on the recent anti-UN riots, the acting president of the council, British ambassador Karen Pierce, said the UN mission’s mandate “has in it the requirement to protect civilians”.

She also called for “the mitigation of risks to civilians in offensive operations” conducted by local security forces and UN troops. 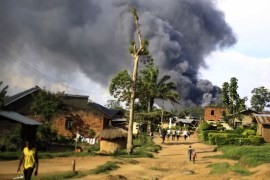 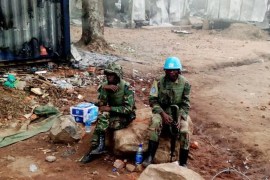 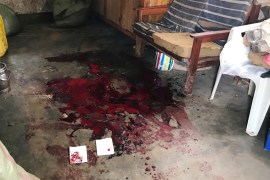