Turkey’s President Recep Tayyip Erdogan said Monday the construction of a new Turkish military base has been completed in Qatar and it will be named after the famous Muslim commander Khalid bin Walid.

Erdogan arrived in Doha earlier in the day to attend the fifth meeting of the Turkey-Qatar High Strategic Committee.

He spoke to troops at the Turkish base where about 5,000 soldiers have been stationed since a Saudi Arabia-led blockade started more than two years ago. The visit came as local media reported Qatar intends to buy 100 Turkish tanks.

“It [Turkey-Qatar Combined Joint Force Command] serves stability and peace of not only Qatar but also the Gulf region,” Erdogan said after meeting troops at the newly finished base.

Erdogan dubbed the military base “the symbol of brotherhood, friendship, solidarity and sincerity”.

“We have never left our friends alone in any period of history against threats and risks – and we never will,” said Erdogan.

In June 2017, Saudi Arabia, United Arab Emirates, Bahrain, and Egypt launched a land, air, and sea blockade against Qatar, saying Doha was not adhering to their regional policies. Saudi Arabia closed the border with its neighbour – Qatar’s only land border.

Qatar has denied the accusations of the blockading nations, saying it chooses to follow an independent foreign policy.

A joint communique published by the official Qatar News Agency after the meetings, “stressed the importance of the unity of the Gulf Cooperation Council, especially in light of the challenges surrounding the region and … mutual respect and full sovereignty of states and non-interference in their internal affairs”.

“Constructive dialogue is the only way to end the current Gulf crisis,” it added.

“We’ve been told matters pertaining to finance, urbanisation, standardisation as well as bilateral trade came under discussion,” he said from Doha.

Erdogan departed from Qatar following the discussions on Monday.

Turkish Foreign Minister Mevlut Cavusoglu told Al Jazeera that Ankara and Doha have a deep understanding of each other’s concerns, but there was room for improvement.

“We signed eight agreements, or MOUs, to strengthen the legal basis of our relations,” Cavusoglu said.

“We have also been discussing regional issues where Turkey and Qatar have the same position,” he continued, adding the two countries share “excellent cooperation” in areas such as the war in Syria, the Gulf region, and “even beyond”. 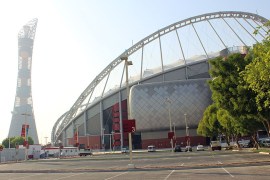 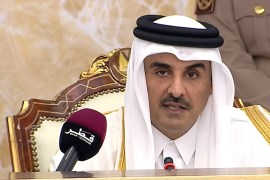 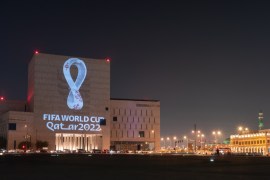 A new photography project maps Gulf state’s football culture through eyes of its citizens and residents.