Protesters stormed UN facilities in the Democratic Republic of the Congo (DRC) town of Beni on Monday, angered by the failure to stop an armed group that killed eight civilians.

Dozens of people broke into the UN headquarters in the city despite gunshots fired by Congolese security forces seeking to disperse the angry crowd.

Eight people were killed on Sunday night in an attack by armed fighters in the northeastern city of Beni. At least two more were killed and several wounded after angry residents took to the streets and clashed with security forces.

Police said protesters also torched the mayor’s office in response to the overnight attack. A tweet by the police force showed flames shooting from the window and thick black smoke billowing above.

Demonstrators then marched to the offices of the UN peacekeeping mission in Congo (MONUSCO), said Teddy Kataliko, a civil society leader in Beni.

“Several offices at the MONUSCO headquarters were set on fire and looted,” Kataliko said. “Residents are demanding the withdrawal of MONUSCO from Beni because of the inaction of UN forces.”

Gunfire could be heard outside the UN offices as police and peacekeepers tried to disperse the crowd that burned UN vehicles.

“The UN soldiers were trying to defend themselves but it was very difficult. Two people were killed around the demonstration around the UN camp, which destroyed half of the wall of the main UN building,” he said.

“The same protesters are now heading to the second military base of the UN located at the airport. This is a very, very difficult situation going on here in the town of Beni.”

While it was unclear who exactly carried out the assault late on Sunday, the city has repeatedly come under attack from the Allied Democratic Forces (ADF), an armed group that operates in DRC and neighbouring Uganda.

“We are protesting because no one is doing anything to protect us. Everyone – the government soldiers and the UN soldiers – have failed to protect us,” Tony Mumbere, a demonstrator, told Al Jazeera.

Thousands have fled Beni in raids attributed to ADF fighters. More than 60 people have been killed in the region since the Congolese army started a campaign against the armed group last month, according to officials.

On Monday, protesters continued to direct their anger at the United Nations.

“They [UN peacekeepers] should either protect us or leave our country. We have been killed while they just watch. What are they here to do?” demonstrator Jonas Kambale told Al Jazeera.

During previous military operations against the ADF its fighters retaliated by attacking civilians, according to local activists.

“We do understand the anger and frustration of the population but ask for understanding that attacking UN or local facilities … actually weakens the Congolese army’s operations against the ADF,” said Matthias Gillman, a UN spokesman.

“It is scandalous that civilians are dying day in, day out while the local police and nearby UN peacekeepers stay put in their camps,” said Seif Magango.

The dense jungle terrain makes it difficult to protect every remote village, especially when the ADF tend to attack silently at night, the United Nations said.

“We can’t put a peacekeeper behind every Congolese,” Gillman said.

MONUSCO said its troops were not invited by officials in the capital Kinshasa to take part in fighting against the assailants after the attack on Sunday.

“We cannot impose ourselves in an operational situation for offensive operations. We came in support to evacuate the wounded, we came in support to share information when possible,” Francois Grignon, an acting deputy special representative at MONUSCO, said in tweets posted by the mission on Monday.

The DRC-based Center for Studies of Peace and Defense of Human Rights urged calm on Monday, condemning the assault on civilians as well as the attacks on UN facilities.

“While sharing the anger felt by the youth of Beni and the revolt that these terrorist acts provoke, [the center] asks all residents of Beni to remain calm, show restraint and a sense of responsibility so as not to fall into the trap of the enemy,” it said in a statement.

Violence blamed by the government on ADF has killed hundreds of civilians since 2014. ADF is one of dozens of armed groups vying for territory and control in the mineral-rich border region.

The ADF has been operating near the Ugandan border for more than two decades. Several ADF attacks have been claimed by Islamic State of Iraq and the Levant (ISIL or ISIS), but the extent of their relationship remains unclear. 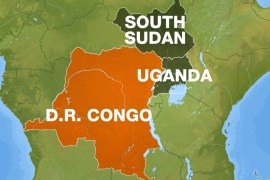 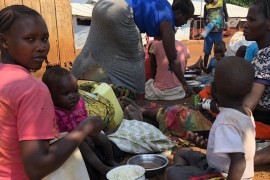 On the road with refugees fleeing DRC violence for Uganda

Thousands of Congolese refugees, including unaccompanied children, have arrived at camps in western Uganda. 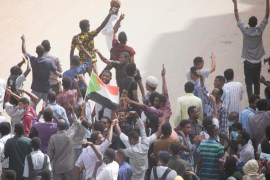 How the AU failed Africans, from Sudan to DRC and Zimbabwe

It’s time the African Union made radical changes to how it responds to gross human rights violations.