Vote-counting was under way in Guinea-Bissau in a presidential election that many hope will bring stability to the West African country after years of political turmoil.

More than 760,000 voters registered to take part in the poll, which is being contested by 12 candidates, all men.

About 6,500 defence and security forces were dispersed to ensure security during the process, and more than 100 police officers from Togo also arrived. No incidents were reported as more than 33,000 polling stations received ballots.

President Jose Mario Vaz is seeking re-election for another five years but faces stiff opposition following a first term marred by political infighting and regular high-level sackings that came to a head in the run-up to the election.

Vaz, who has been in power since 2014, was the first democratically elected president to complete a full term in a country that has seen a number of coups and attempted coups.

“I will respect the verdict of the ballot box,” Vaz said after voting in Bissau, the capital. “Power is not mine. It’s the people’s. The people are sovereign, they decide on their own destiny.”

On October 29, Vaz fired Prime Minister Aristides Gomes and appointed a successor. Gomes, however, refused to step down and for about 10 days the country had two prime ministers – until Vaz backed down under pressure from the regional bloc Economic Community of West African States (ECOWAS).

While no reliable opinion polls have been published, one of Vaz’s main challengers is believed to be Domingos Simoes Pereira, a former prime minister whose sacking in 2015 triggered years of quarrels with Parliament over who would lead the government.

Guinea-Bissau, a former Portuguese colony of around 1.5 million people, is one of the world’s poorest countries. It has been plagued by political instability, poverty, corruption and drug trafficking, especially cocaine. The most recent military coup was in 2012.

“The reason why there is so much instability is because the president doesn’t necessarily have all the powers. It is also down to the government and the prime minister,” Haque said.

Guinea-Bissau has suffered nine coups or attempted coups since independence from Portugal in 1974.

The next president will inherit major challenges including widespread poverty and an unstable political system in which the majority party appoints the government but the president has the power to dismiss it.

Corruption is also a serious problem – Transparency International ranked Guinea-Bissau 172 out of 180 countries in its 2018 corruption index – which has been worsened by the criminal activities of international drug networks.

Candidates have promised to tackle the illegal drug trade and stop the country from being one of the most important transit points for drugs from Latin America to Europe.

Preliminary results are expected on November 28. If no candidate receives more than 50 percent of the vote, a run-off between the top two candidates will be held on December 29. 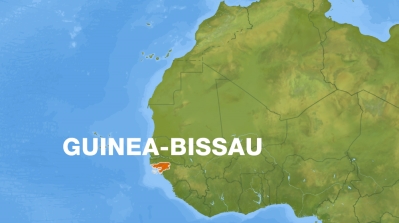