At least two civilians have been killed and several others wounded in overnight Israeli air attacks on the outskirts of the capital, Damascus, according to Syria’s state media.

The report by SANA on Wednesday came after Israel said its military had attacked Iranian and Syrian military targets inside Syria, calling it a retaliatory move for rockets fired towards it the day before.

According to SANA, a house in the town of Sasa, southwest of Damascus, was hit in a missile attack early on Wednesday, resulting in the building’s destruction and the death of two civilians.

At least three others sustained shrapnel wounds and were being treated in hospitals nearby, said SANA, which also quoted a military source as saying that Syrian air defences were able to destroy most of the missiles fired over Damascus before they reached their targets.

Israel’s military said its missile defence system had shot down four rockets fired from Syria towards Israel on Tuesday and warned it would continue “operating firmly and for as long as necessary” against the Iranian presence in Syria.

Israel says it has carried out hundreds of raids in Syria to stop what it describes as the delivery of advanced weaponry to the Iranian-backed Hezbollah, whose fighters are present in southern Lebanon.

Al Jazeera’s Zeina Khodr, reporting from Beirut, said it was rare for Israel to specifically target the Syrian military.

“Over the years, they have really focused the air strikes on Iranian and Iranian allied groups inside Syria,” Khodr said.

“Clearly, [this was] a message from the Israelis: We are holding you, the Syrian government, responsible for from any attacks that emanate from Syrian territory,” she added.

Tehran is, along with Moscow, one of the main backers of Syrian President Bashar al-Assad.

There was no immediate comment by Iran but Russia condemned Israel’s military actions, saying they were in violation of international law.

The attacks came as Israeli Prime Minister Benjamin Netanyahu is caught in a fight for his political survival after failing to achieve a clear win in two parliamentary elections held in April and September this year.

He is also facing a series of corruption charges that may lead to his indictment. Netanyahu denies any criminal wrongdoing.

“In a rare move, the Israeli army was quick to announce that it launched these attacks, which might indicate that there are political goals behind the move,” Walid al-Omari, Al Jazeera Arabic’s Ramallah bureau chief, said.

“There has been an uptick in the escalations seen by the region especially after Israel attempted to assassinate an Islamic Jihad group commander in Damascus while it took out another in the Gaza Strip,” he added, referring to last week’s attack on the home of Akram al-Ajouri in the Syrian capital and the assassination of Bahaa Abu al-Ata in Gaza City, who was also targeted inside his house.

Abu al-Ata’s killing led to two days of fighting, during which Israeli air attacks killed at least 34 Palestinians, including eight members of one family. 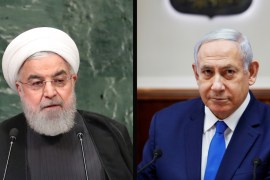 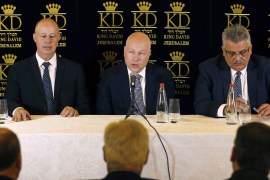 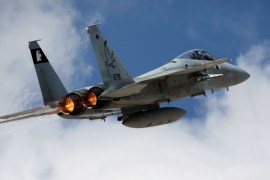 A soldier has been killed and several injured in Quneitra province after an Israeli air attack, says Syrian state media.