“I have already taken my voter ID card and expect many of my people have [done the same] to realise Sidama regional state,” Salfako said.

The 35-year-old is one of the more than 2.3 million people who by Monday had registered to vote in a referendum on whether the Sidama will form their own semi-autonomous regional state carved out of the Southern Nations, Nationalities, and People’s Region (SNNPR).

The diverse SNNPR is one of Ethiopia’s nine ethnic-based regional states, which are overseen by the central government in the capital, Addis Ababa, but enjoy a level of autonomy over issues such as land resources, taxation and security.

The statehood drive by the Sidama, who make up approximately four percent of Ethiopia’s more than 100 million people, goes back decades but gained fresh impetus after Abiy Ahmed became prime minister in April 2018 and went on to introduce a raft of sweeping political and economic reforms.

“As an ethnic Sidama, I expect the referendum result will be in favour of turning Sidama zone into the tenth Ethiopian regional state,” Salafko said. 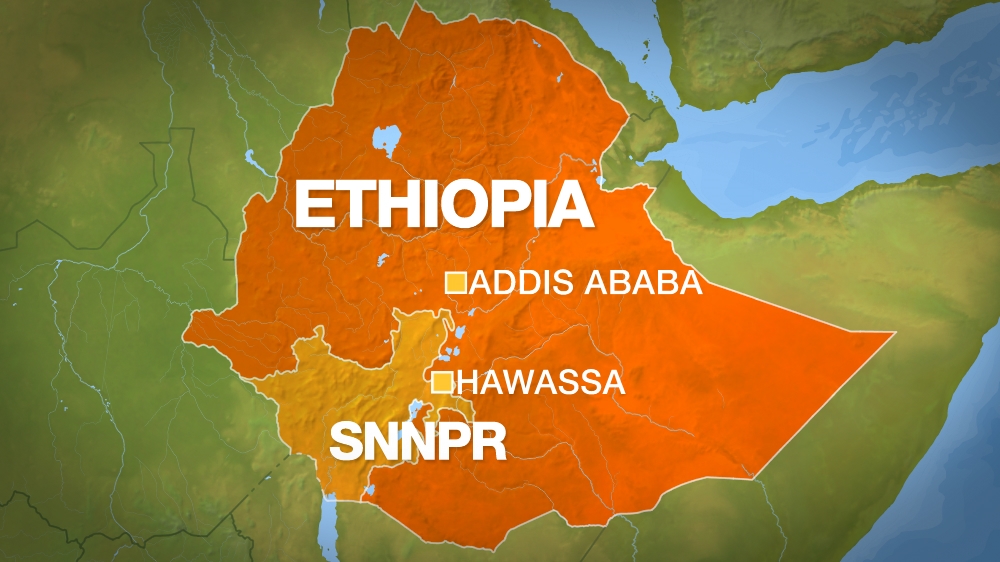 But while supporters like him are confident the referendum will pass, others fear it could potentially open a Pandora’s box – especially in the SNNRP, which is home to dozens of ethnic groups – amid concerns it could encourage similar demands and inflame tensions in the hugely diverse country.

Currently, about 10 of the 13 zones that make up the SNNPR have active grassroots movements calling for their areas to be upgraded to regional states, potentially leading to the eventual dissolution of Southern regional state and the demise of Southern Ethiopian Peoples Democratic Movement (SEPDM), the regional ruling party.

“The Sidama referendum will be a big test for Ethiopia’s multinational federalism, on how it can accommodate various self-determination rights and crucially what comes after the referendum,” said Abebe Aynete, a senior researcher at Ethiopian Foreign Relations Strategic Studies, a local think-tank.

At the same time, the referendum will also be closely watched as a litmus test on whether Ethiopia can peacefully hold national elections planned for next year – polls that are widely expected to be the most competitive in the country’s recent history.

With final referendum results expected in a week, Aynete said how events play out during and after the vote will determine whether the referendum will lead to another crisis. He was referring to the deadly violence that broke out in July when Sidama protesters – angry at what they perceived as reluctance by Abiy’s government to organise a referendum – clashed with security forces in various areas of the Sidama zone.

The Ethiopian government has not given an official toll on the number of people killed in the unrest, but Sidama activists claim it is as high as almost 170.

The violence led the government to order the army to take security control of the SNNRP but, in an apparent bid to placate activists, the National Election Board of Ethiopia later announced a vote would be held by November.

Aynete cited the status of Hawassa, the Sidama zone-based capital of the SNNRP which is also seen as the possible capital of a Sidama state, along with the demarcation of lands disputed with other areas and the treatment of ethnic minorities as major tests going forward if Wednesday’s referendum passes.

Sidama activists say an affirmative vote in the question of a new regional state will address long-standing grievances and improve locals’ lives, describing their push as being part of the democratisation promised by Abiy – under Ethiopia’s constitution, each of the country’s ethnic groups is entitled to a vote on forming a new state if its ruling council requests one.

However, not everyone is convinced a positive answer will be beneficial to all, especially for ethnic minorities in the region, with some fearing it could lead to institutional discrimination.

“Several [of my] friends were displaced during the July 2019 violence. This doesn’t give me confidence ethnic minorities will have a bright future in a future ‘Sidama regional state’,” said Michael, an ethnic Wolaita living in Hawassa who did not want his full name to be disclosed for safety reasons.

He added that the campaign leading to the vote was not “being fairly conducted”.

“I know there is mass distribution of voting cards to ethnic Sidamas for the last three months to allow for multiple voting,” he alleged.

But Salfako, a resident of Hawassa who said he lost a relative during the July violence, dismissed the concerns.

“The Sidama are committed towards making the referendum free, fair and peaceful and any violence that could happen before or after the referendum will come from those who want to derail the Sidama quest for self-determination,” he said.

“The quest to have Sidama regional state is about … constitutional right[s] and not about wanting exclusivity.”