North Korea has said it has been offered a fresh meeting with the United States, but is uninterested in more talks aimed at “appeasing us” before a year-end deadline Pyongyang has set for Washington to show more flexibility in their negotiations.

Kim Myong Gil, North Korea’s nuclear negotiator, said in a report carried by the state media on Thursday that Stephen Biegun, his US counterpart who jointly led last month’s failed denuclearisation talks in Stockholm, had offered through a third country to meet again.

Kim and Biegun met last month in the Swedish capital for the first time since US President Donald Trump and North Korean leader Kim Jong Un agreed in June to reopen negotiations that have been stalled since a failed summit in Vietnam in February.

But the meeting fell apart, with Kim saying the US side failed to present a new approach.

“If the negotiated solution of issues is possible, we are ready to meet with the US at any place and any time,” Kim Myong Gil said in a statement carried by the official KCNA news agency.

But he called Biegun’s proposal a “sinister aim of appeasing us in a bid to pass with ease” Pyongyang’s year-end deadline. “We have no willingness to have such negotiations.”

North Korea has been seeking a lifting of punishing sanctions, but the US has insisted Kim must dismantle his nuclear weapons programme first.

The North Korean statement came after General Mark Milley, the US Joint Chiefs of Staff chairman, reaffirmed that the US was ready to use the “full range” of its capabilities to defend South Korea from any attack.

Senior US defence officials are gathering in Seoul for annual meetings as the two countries face intensifying threats from North Korea to stop joint military drills.

The US is also seeking a greater financial contribution from South Korea for hosting American troops, while urging Seoul to revoke its decision to scrap an intelligence-sharing pact with Japan known as GSOMIA, which Washington fears would undermine trilateral cooperation.

Both sides discussed ways to maintain solid defence posture and a planned transfer of wartime operational control to South Korea, a joint statement said, even as they have scaled back joint exercises to expedite negotiations with North Korea.

“He affirmed that the United States remains prepared to respond to any attack on the Korean Peninsula, using the full range of US military capabilities.” 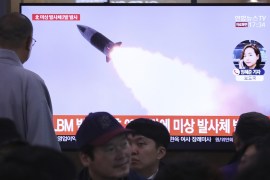 North Korea says it has right to ‘self-defence’ against any move that would threaten its sovereignty or security. 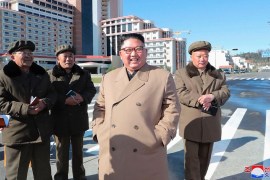 The North’s latest launch follows statements of displeasure over the slow pace of nuclear negotiations with the US. 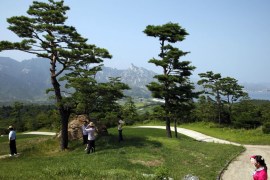