Egypt has faced strong criticism at a United Nations review of its rights record, with diplomats voicing alarm over detention conditions and shrinking freedoms in the country recently rocked by mass protests.

Speaking before the UN in Geneva, Egyptian Minister for Parliamentary Affairs Omar Marwan insisted that Egypt was making great efforts to improve respect for human rights.

But during the so-called “Universal Periodic Review”, which all 193 UN countries must undergo approximately every four years, representatives of a wide range of countries voiced concern over serious abuses.

Many voiced alarm at allegations of torture, extrajudicial killings and enforced disappearances, as well as concerns over mass trials, dire conditions in detention, discrimination against women, and use of the death penalty.

But shrinking space for civil society in the country seemed to be a particular concern, after some 4,000 people, including lawyers, activists, professors and journalists, were detained in a wave of arrests following rare protests against Egyptian President Abdel Fattah el-Sisi in September.

Sisi has faced international condemnation for a crackdown on civil society groups since he took power in 2014, a year after the military toppled president Mohamed Morsi.

But Marwan flatly denied the country was restricting free speech and assembly.

In an interview with the AFP news agency after the review, he maintained that “there is a right to demonstrate… [and] everyone has the right to express their opinions.”

“But they are not allowed to vandalise or commit violence or incite hatred,” he said, speaking through a translator.

A number of diplomats also voiced concern on Wednesday over conditions in detention in Egypt, amid accusations by rights groups of torture, overcrowding and medical negligence in jails.

Egypt on Monday opened up Tora prison in Cairo for a media tour following a UN report on the “brutal” conditions in which Morsi was held in prison before his death.

A group of independent rights experts said the death of the former president, who was held in Tora for five years, could amount to a “state-sanctioned arbitrary killing”.

Morsi’s fate was also raised by several countries, with the Turkish representative urging Egypt to “ensure that a prompt, impartial, thorough and transparent investigation is carried out by an independent body to clarify the cause of death.”

‘Duty to speak up’

Marwan, meanwhile, complained to the AFP that the UN experts had not waited for “correct information” from Egyptian authorities before publishing their statement, and stressed that Morsi’s death was under investigation.

UN Special Rapporteur on extrajudicial, summary or arbitrary executions Agnes Callamard, however, told AFP she had closely followed procedures, and that it was her duty to speak up since other prisoners risked succumbing to the dire prison conditions.

His body was later found bearing extensive marks of torture. Egypt has always denied suggestions that its security services were involved in the death of Regeni, who was researching trade unions, a sensitive subject in Egypt.

Cornado urged Egypt to “strengthen efforts to prevent and combat all forms of torture and ill-treatment, ensuring that those responsible are held to account, including the perpetrators of the brutal killing of Giulio Regeni.” 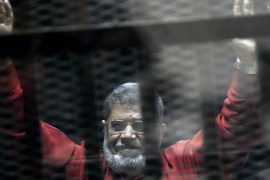 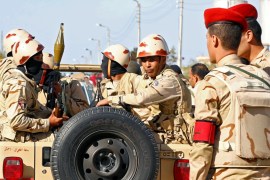 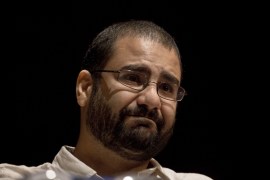 The UN urges Egypt to free Esraa Abdelfattah who was arrested by plain-clothes security officers in Cairo last week.