South Sudan‘s rival leaders have once again missed a deadline to form a transitional unity government, raising new concerns for a fragile peace process in a country devastated by years of ruinous civil war.

President Salva Kiir and rebel leader Riek Machar had agreed in September to establish a power-sharing government by Tuesday.

But in a meeting last week, mediated by Ugandan President Yoweri Museveni and Sudan’s interim leader Abdel Fattah al-Burhan, Kiir and Machar agreed to push back by 100 days the formation of the new administration.

The talks in Entebbe, Uganda, noted that “critical tasks” were still not completed, including issues related to security arrangements, governance and the integration of fighting forces.

It is the second time that an extension has been granted following the signing last year of the latest peace deal between warring sides amid pressure to end the years-long conflict that has killed hundreds of thousands of people and displaced millions of others.

What caused the latest delay?

Signed in the Ethiopian capital, Addis Ababa, in September 2018, the Revitalised Agreement on the Resolution of the Conflict in South Sudan provided for the rebels to join the transitional government and the settling of a number of disputes, including the number of regional states the country should have and their boundaries.

As part of the agreement, which ushered in a ceasefire, forces from the warring sides were also meant to be registered and merged to form a national army of more than 80,000 soldiers, which was supposed to be followed by Machar’s return from exile.

While the integration of the forces has not happened, the rebels have accused Kiir’s government of failing to disburse the $100m it had pledged for the implementation of the deal.

“It is well documented the economic challenges we are facing. We are committed to paying the agreed sum. So far, we have contributed almost $30m of the agreed $100m,” Ateny Wek Ateny, Kiir’s spokesman, told Al Jazeera.

In December 2015, two years after the conflict broke out and months after the signing of another peace deal, Kiir increased the number of states in the world’s youngest country from 10 to 28. The controversial move angered the rebels, with the number of states and their internal boundaries remaining a sticking point until today.

“The president increased the number of states following demands from our people to do so,” Ateny said. “The government is happy to revisit that decision if our people demand it. It is not just up to the president and the opposition leader to decide. Discussions are currently ongoing to find a lasting solution to this.”

Is another delay possible?

Two years after gaining independence from Sudan, South Sudan plunged into civil war in 2013 after Kiir fired Machar, his vice president at the time. The president accused Machar of plotting to overthrow him, a charge denied by the latter.

Soldiers loyal to the two leaders then clashed with the conflict taking an ethnic dimension, forcing a third of the country’s 12 million people to flee their homes.

The conflict has killed an estimated 400,000 people and left more than 60 percent of the population food insecure, according to the United Nations.

Since 2013, Kiir and Machar have signed several ceasefire agreements, including some lasting for just a few days before fighting resuming shortly after.

Now, both sides say they are working towards meeting the new deadline amid pressure from the Intergovernmental Authority on Development, a regional bloc, as well as the United States and the European Union to come to a lasting agreement.

“One hundred days is enough if the government releases resources and they show political will to ensure implementation of the security arrangements,” Beny Mabor, a political analyst based in South Sudan’s capital, Juba, told Al Jazeera.

But there is more at stake.

A unity government is a precondition for South Sudan to hold elections after a transition period of three years, and any additional delay will likely torpedo the plan for a vote in 2022.

Is the deal working?

According to the UN, the signing of the peace agreement in 2018 has significantly improved the security situation in the country.

“We noted the reduction of political violence which has contributed to the return of 594,000 displaced people, increased food production, enhanced humanitarian access, and increased commerce among communities,” Jerry Matthews Matjila, South African ambassador to the UN and Security Council president for October, said after visiting Juba last month.

In a report last week, the International Crisis Group also noted that the warring sides “have largely stopped fighting” and “the South Sudanese enjoy more freedom of movement and better access to their fields and humanitarian aid” since the signing of the accord last year.

But previous agreements have been broken and Machar has warned the ceasefire will be in “jeopardy” if a deal is forced on him.

Ahmed Soliman, a research fellow at Chatham House’s Africa Programme, said finding a lasting solution to the conflict will require more than signing an agreement.

“The short-term emphasis should be on building trust and confidence-building and ensuring that any unity government formed is inclusive,” he added. 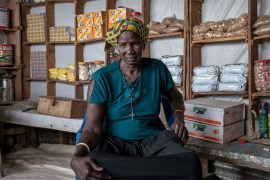 We used a mobile phone survey to gather information and quantify the scale of the conflict in South Sudan. 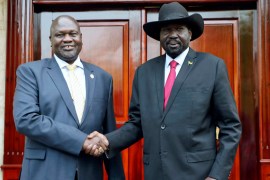