Tunisia‘s Ennahdha party will nominate its leader, Rachid Ghannouchi, as the speaker of the new Parliament, a party member said.

“The party has decided to nominate Rached Ghannouchi as parliament speaker,” Abdulkarim Harouni, head of the party’s advisory body, told a news conference in the capital, Tunis, on Sunday.

He said the council has reiterated the party’s right to appoint the new prime minister.

The announcement came a few days after two sources within Ennahdha said the party may choose a candidate from outside its ranks to head the government. It previously decided one of its leaders should be prime minister because of the electoral mandate.

But that was not accepted by potential partners: Attayar with 22 seats, Achaab’s Movement with 16 seats, and current Prime Minister Youssef Chahed‘s Tahya Tounes party with 14.

Only the conservative Karama coalition, with 21 seats, agreed.

Following victory in last month’s parliamentary election, Ennahdha will be the biggest party but with only 52 of 217 seats, forcing it to compromise to form a cabinet.

The new Parliament is set to convene on Wednesday. 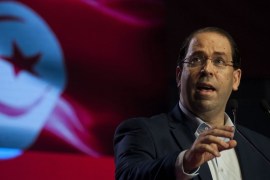 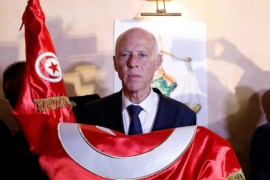 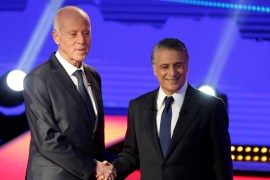 The vote is Tunisia’s second presidential election since the 2011 revolution.