The United States‘s Department of the Interior has grounded its fleet of drones from China as it conducts a review of the programme.

Nick Goodwin, an Interior Department spokesman, did not provide a reason for the decision on Thursday but the US has become increasingly concerned about security in relation to Chinese electronics.

Goodwin said the review had been ordered by Interior Department Secretary David Bernhardt.

“Until this review is completed, the secretary has directed that drones manufactured in China or made from Chinese components be grounded,” he said.

Exceptions would be made for drones that are being used for emergency purposes such as fighting wildfires, search and rescue, and dealing with natural disasters, Goodwin said.

According to sources familiar with the programme, the Interior Department has a fleet of 810 drones, almost all built by Chinese companies.

Only 24 are US-made and even those have Chinese electronic components, the sources said.

The US Department of Homeland Security issued a warning in May that Chinese-made drones could pose a security risk.

The US has also taken steps against China’s Huawei by effectively banning American companies from selling or transferring US technology to the Chinese telecoms giant.

US intelligence believes Huawei is backed by the Chinese military and that its equipment could provide Beijing’s spy agencies with a backdoor into the communications networks of other countries.

Following the announcement, China’s foreign ministry spokesman Geng Shuang said on Thursday that it hoped Washington would “stop abusing the concept of national security” and provide a non-discriminatory atmosphere for Chinese companies.

The Chinese company DJI produces about 70 percent of the world’s commercial drones.

The Pentagon has banned the military from using DJI drones for security reasons since 2017. 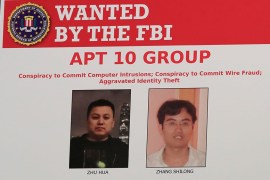 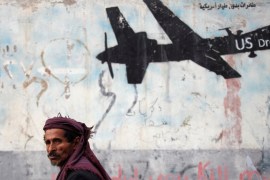 Trump’s planned reforms on drone policy are problematic, but what he inherited from Obama was already concerning. 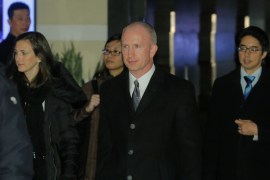 China and US begin new round of trade negotiations