Bangladesh‘s highest court on Thursday upheld a death sentence against a top Islamist leader for war crimes in a move that lawyers said meant he would almost certainly be executed in the coming months.

A T M Azharul Islam, a stalwart of opposition party Jamaat-e-Islami, was sentenced to death in 2014 for rape, murder and genocide during the country’s 1971 independence war.

He would become the sixth Islamist leader to be hanged for their role in the war, which saw Bangladesh break away from Pakistan after a nine-month conflict.

“We will file a review petition against the verdict,” he said, adding Islam was an 18-year-old student during the war and did not have a leading role helping the Pakistani military.

But it is rare in Bangladeshi judicial history for a verdict to be overturned on review. All previous death sentences arising out of the 1971 war cases have been upheld.

A prosecutor told AFP news agency that Islam could be hanged within months if the review backs the verdict.

Islam was assistant secretary general of Jamaat, the nation’s largest Islamist party, which sided with Pakistan during the conflict. He is the last of its prominent leaders to face war crimes accusations.

In recent years, the controversial International Crimes Tribunal, set up by the government in 2010, has sentenced dozens of people to death including five Jamaat leaders on war crimes charges.

A former minister of the main opposition Bangladesh Nationalist Party was also sentenced to death by the tribunal and later hanged.

Prosecutors said that as regional head of a pro-Pakistani armed group and student wing leader of Jamaat, Islam was involved in the murder of 1,200 people in the northern district of Rangpur during the war.

Jamaat, which is banned from contesting elections, said the war crime trials were only aimed at eliminating Bangladesh’s top Islamist leaders.

Jamaat’s supreme leader was executed in 2016. The sentences against Islamist leaders sparked unrest in 2013-14 that left hundreds dead.

The government maintains the trials were needed to heal the wounds of the 1971 war, which it says left three million people dead. Independent researchers give a lower toll. 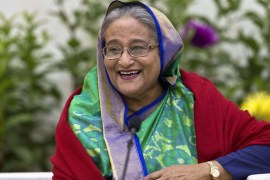 Giasuddin Quader Chowdhury’s party says the move is another example of government critics being muzzled. 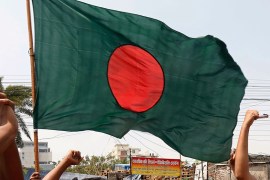 Bangladesh to bolster relations with Turkey

Turkey has been supporting Bangladesh for long in development and peace building process, Bangladesh minister says. 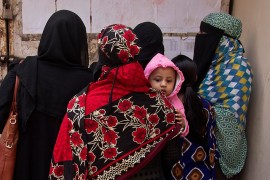 Why does Bangladesh not provide breastfeeding spaces, court asks

The court said the government’s failure to ensure proper provision for breastfeeding could violate ‘the right to life’.