The elite Central Committee of China’s ruling Communist Party will hold a closed-door meeting from Monday to Thursday to set the major policies for the year ahead and beyond, and probably discuss crises ranging from Hong Kong  to the trade war with Washington.

Formally, the plenum is to discuss improving governance and “perfecting” the country’s socialist system, but during the four days of talks other topics are bound to be raised as well.

What is a plenum?

The meeting is the fourth time that China‘s roughly 370-person Central Committee has gathered since the 2017 party congress, which ushered in President Xi Jinping‘s second five-year term in office as party and military chief.

The Central Committee is the largest of the party’s top decision-making bodies, and its plenums typically take place once a year.

To prevent leaks, plenum attendees are traditionally confined to the venue for the duration of the meeting.

Little, if any, news of the proceedings is made public until the event is over. Foreign media and most Chinese reporters are given no access.

On the day the plenum ends, the official Xinhua news agency will issue a long dispatch with details of what was agreed. To portray party unity, there will be no mention of any disagreements.

Past plenums have been held under tight security at the Soviet-era Jingxi Hotel in western Beijing.

There has been an unusually long gap since the last plenum in February 2018. They normally happen in the autumn, but one did not take place then last year amid speculation about disagreement over policy among the senior leadership.

How significant are plenums?

After the National Congress meetings, which are held once every five years, they are the most important gathering of the senior leadership in one place.

The mood at plenums can vary greatly, depending on the agenda.

A watershed conclave in 1978 overseen by Deng Xiaoping kickstarted China’s economic reforms, beginning the transformation of the world’s most populous nation from a centrally planned backwater to an economic powerhouse.

At the plenum in February 2018, the party approved a plan to remove presidential terms limits, meaning Xi could stay in office until he dies.

That change was formally signed off on in last year’s meeting of China’s largely rubber-stamp parliament.

At a plenum in 2013, China unwrapped its boldest set of economic and social reforms in nearly 30 years, relaxing its one-child policy and further freeing up markets to put the world’s second-largest economy on a more stable footing. 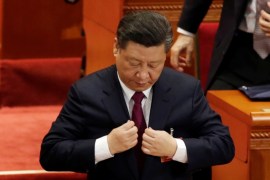 The vulnerabilities of Xi Jinping and China’s Communist Party

Today, despite all the accumulation of power, Xi and the CPC are far more vulnerable than is apparent. 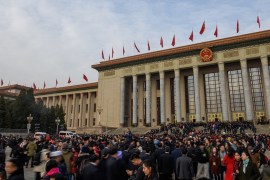 China’s National People’s Congress will be asked to approve changes to constitution that will allow presidents to serve more than two terms. 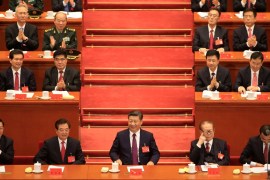 What happened to the Chinese Communist Party under Xi?

Xi micromanages China in a way that separates him from previous party leaders. This is both his strength and weakness.