Inmates at an upstate New York prison are contradicting an official report that a fellow inmate, who would soon be eligible to be released on parole after spending 25 years behind bars, died of a heart attack in January while being restrained by guards.

In a report published by the New York Times on Thursday, four inmates at the Great Meadow Correctional Facility, a maximum-security prison in Comstock, told the paper they saw John McMillon, 67, brutally beaten by the guards.

In written statements obtained by the newspaper, inmates told state investigators the guards punched, stomped and kicked McMillon until he stopped moving.

The official account said McMillon attacked and resisted the guards, who were only trying to restrain him. The report said body camera footage supports their statements. The footage has not been released.

“In reviewing the body camera footage, there is no indication of any use of batons, no choking of Mr. McMillon or any other evidence of excessive use of force,” the report said.

McMillon had a history of assaulting prison staff and had been involved in fights with other inmates, officials said.

McMillon also suffered anxiety, schizophrenia, epilepsy and substance abuse, according to the report on his death by the Washington County district attorney’s office.

Thomas Mailey, a spokesman for the state department of correction, said the report’s conclusions were based on interviews with guards and prisoners, as well as extensive body camera footage.

“Any story claiming that John McMillon was beaten by correction officers before his death would fly in the face of the Washington County medical examiner’s findings, as well as the preliminary results of the investigation by the department’s Office of Special Investigations,” Mailey said.

“Such a baseless assertion would be a blatant abdication of the truth.”

McMillon’s family has criticised the official account of his death. His sister, Carolyn Hodge, told the Times the coroner’s office first told them that McMillon had been strangled.

“I don’t think I will be able to forgive them for what they did to my brother,” Hodge said. 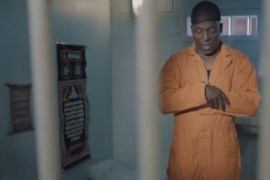 Why do so many US prison inmates convert to Islam?

Documentary “The Honest Struggle” tells the story of an ex-offender’s mission to help Muslim converts as they leave jail. 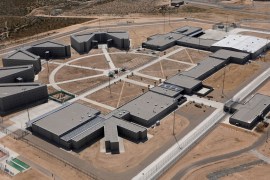 Supporters of a new bill, expected to be signed this week, say private prisons contribute to a culture of incarceration. 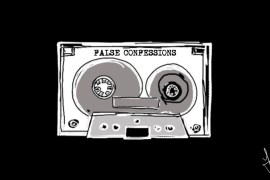 Coerced to confess: How US police get confessions

Why would someone confess to a crime they did not commit? We look at six cases of coerced confessions in the US.