Five people were killed on Sunday when a garment factory was torched by looters near Chile‘s capital, Santiago, bringing the death toll in a wave of unrest to seven as authorities expanded a state of emergency.

After an emergency meeting late on Sunday, President Sebastian Pinera defended his decision to call a state of emergency and deploy troops onto the streets for the first time since Augusto Pinochet’s military dictatorship between 1973 and 1990.

“Democracy not only has the right, it has the obligation to defend itself using all the instruments that democracy itself provides, and the rule of law to combat those who want to destroy it,” Pinera said in a late-night televised address at army headquarters in Santiago.

“We are at war against a powerful enemy, who is willing to use violence without any limits.”

Earlier on Sunday, police and the military fired tear gas and used water cannon against protesters in the city as clashes over price hikes and social inequality raged through a third day, forcing the government to extend the curfew.

Almost all public transport was paralysed in Santiago, with shops shuttered and many flights cancelled at the international airport, leaving thousands of people stranded and unable to leave due to the curfew, which was also extended for a second night.

The dusk-to-dawn curfew goes into effect from 7pm (22:00 GMT), after which people should “be calm and all in their homes,” said top defence official General Javier Iturriaga.

Iturriaga was appointed head of national defence by Pinera on Friday as he declared a state of emergency over the unrest.

Interior and Security Minister Andres Chadwick also said new decrees were being drawn up for Antofagasta in the north, Valdivia in the south, and other cities such as Valparaiso, Temuco and Punta Arenas.

Authorities reported 103 serious incidents throughout the country with 1,462 people detained – 614 in Santiago and 848 in the rest of the country as of Sunday.

Firefighters said the five people were killed in a garment factory burned by rioters in Renca, a northern suburb of Santiago, bringing to seven the total number of protest-related fatalities.

Earlier, Chadwick said two women burned to death after a store owned by US retail chain Walmart was set alight in the early hours of Sunday.

One victim, who authorities initially said had died in hospital, suffered burns on 75 percent of her body.

President Pinera also appealed to people taking to the streets, saying “there are good reasons to do so” but calling on them “to demonstrate peacefully” and saying “nobody has the right to act with brutal criminal violence”.

“The protests are more than just about fare increase. It is about the cost of living and the level of inequality in the country. There is so much discontent in Chile. This was always going to happen one way or another,” he said.

Chile has the highest per capita income of Latin America at $20,000, with expected economic growth this year of 2.5 percent and just two percent inflation.

But there is widespread frustration with economic policies that have virtually privatised all health care and education, at a time that falling pensions and rising costs of basic services have exacerbated social inequality.

Protesters burned several subway stations and damaged dozens of others, and some set fire to an energy company building.

The unrest started as a fare-dodging protest against an increase in metro ticket prices, which increased from 800 pesos to 830 pesos ($1.13 to $1.17) for peak-time travel, following a 20-peso rise in January.

The government recently raised subway fares from about $1.12 to $1.16 due to rising fuel prices.

The head of the subway system, Louis De Grange, said the vandalism caused hundreds of millions of dollars in damage and said it was not clear when services could resume.

As a result, some 2.4 million people are likely to experience difficulties getting to work or school on Monday. 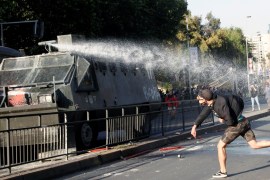 Government deploys military in the capital as protests against increase in subway ticket prices descended into violence. 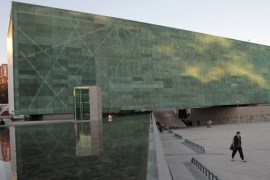 Is Pinochet’s shadow over Chile beginning to recede?

It’s been 45 years since Pinochet took power. While some view the leader positively, others search for the disappeared. 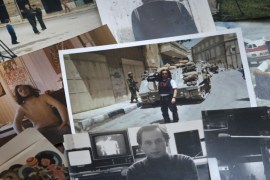 Chile Under Pinochet: Colour of the Chameleon

A son confronts the uncomfortable truth about why his father fled the Pinochet dictatorship in Chile.