Fiji‘s Prime Minister Frank Bainimarama will not face charges over an alleged assault due to double jeopardy rules, the public prosecutor said on Thursday, despite finding there would be enough evidence to take the case to court.

Bainimarama was accused of assaulting opposition politician Pio Tikoduadua outside parliament in August, shortly after the pair had engaged in a heated debate in the chamber.

Tikoduadua accused Bainimarama of “thuggery”, saying the prime minister threatened him and shoved him, breaking his spectacles.

Mobile phone footage shared widely online showed an argument between the pair, with Bainimarama advancing on Tikoduadua and appearing to grab his suit jacket.

But Director of Public Prosecutions Christopher Pryde said he would not press any charges because parliament’s privileges committee had already dealt with the issue.

Pryde said that since the altercation took place on parliamentary grounds, the committee had the power to make a ruling on it and had done so.

He said this meant pursuing the matter through the criminal courts would expose Bainimarama to double jeopardy, which was against the constitution.

“Had the matter not been heard by the privileges committee and dealt with by parliament, there was sufficient evidence for the matter to proceed to court,” Pryde said in a statement.

“Accordingly, for these reasons, there will be no further action on this file and the matter is now closed.”

It also found Tikoduadua had breached parliamentary rules with remarks that allegedly cast aspersions on Bainimarama’s family, recommending they apologise to each other.

Bainimarama complied but Tikoduadua refused, protesting he had done nothing wrong, and as a result was suspended from parliament for six months.

Bainimarama has been the prime minister of Fiji since 2007. 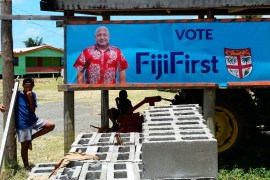 Former military strongman and his FijiFirst party narrowly win general elections to stay in power in the island nation. 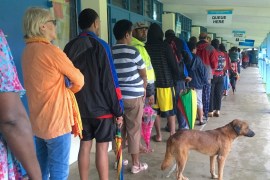