A leading Hong Kong pro-democracy figure who has been involved in the city’s ongoing protests, is “stable and taking rest in hospital”, after a hammer attack overnight left him bleeding and collapsed on a pavement.

The Civil Human Rights Front (CHRF) denounced on Thursday the “unacceptable acts of violence” against its leader, Jimmy Sham, and other prominent activists and politicians, who have been calling for more freedom in the autonomous Chinese city.

“It is not hard to link this incident to a spreading political terror in order to threaten and inhibit the legitimate exercise of natural and legal rights,” the CHRF said.

In a separate statement posted earlier on social media, the group said it “strongly condemns” the incident on Wednesday night, and urged police to conduct an investigation “to bring the perpetrators to justice”.

Images posted on social media on Wednesday showed Sham collapsed in a pavement next to a vehicle with blood all over his face and body.

According to the front, between four to five people with hammers attacked Sham about 7:30pm local time on Wednesday (11:30 GMT).

BREAKING: Within 24 hours after US House passing the Hong Kong Human Rights and Democracy Act, Jimmy Sham, the convenor of the Civil Human Rights Front and candidate of District Council Election, was chopped and severely wounded by 4 masked persons this evening. pic.twitter.com/ys4pU98fRY

Several people nearby reportedly tried to intervene and stop the attack, but were “threatened at knifepoint”.

“The perpetrators then boarded a seven-seater car after the attack and fled,” the statement said.

It was the second attack on Sham in three months. In August he was also attacked by at least two people with a baseball bat and knife.

Police later showed up at the scene of the attack on Arran Lane, a few blocks from Mong Kok.

The opposition Demosisto party, however, denounced the officers for failing to “set up any blockade at the crime scene”.

A video posted by Demosisto also showed one police officer stepping on bloodstains at the spot where Sham was attacked.

In a statement, Joshua Rosenzweig of Amnesty International urged authorities to “promptly conduct an investigation into this horrifying attack”.

“Anything less would send a chilling signal that such attacks are tolerated by the authorities,” he said.

Sham, who is running for a seat in the district council election in November, has been at the forefront in the campaign for the Hong Kong government to deliver the so-called “five demands”, including the complete withdrawal of the extradition bill, an independent investigation into alleged police brutality and universal suffrage for the Hong Kong Legislative Council and Chief Executive.

On Thursday, the CHRF urged people to come out and join the protest on Sunday “to stand their ground and show the perpetrators and this regime that we will not stand down”.

Protests in Hong Kong began in opposition to an extradition bill that would have allowed suspects to be sent to China for trial, but have broadened into a pro-democracy movement amid fears that Beijing is undermining Hong Kong’s freedoms. The bill is due to be formally withdrawn this week.

The unrest has plunged Hong Kong into its worst crisis since Britain handed it back to China in 1997 and poses the biggest popular challenge to Chinese President Xi Jinping since he came to power in 2012.

Protesters believe China has been eroding Hong Kong’s freedoms, guaranteed under a “one country, two systems” formula introduced with the 1997 handover. 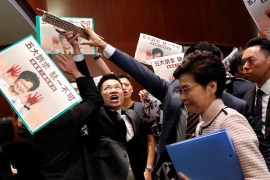 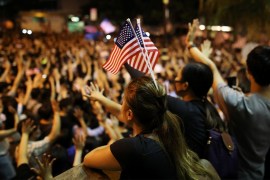 US House approves Hong Kong bills in boost for protesters 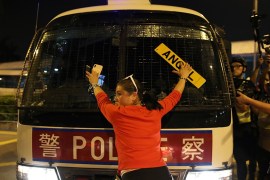 Protesters have targeted force amid accusations of police brutality during months of demonstrations that began in June.