The death toll has risen to five with dozens more reported injured on Thursday after a magnitude 6.3 earthquake shook the southern Philippines, causing landslides and a fire at a shopping mall, authorities said.

The strong quake rattled North Cotabato and nearby provinces when it struck at around 7:30pm (11:30 GMT) on Wednesday, the Philippine Institute of Volcanology and Seismology (Phivolcs) said.

Around 5am on Thursday (21:00 GMT on Wednesday), another magnitude 5.3 earthquake hit Davao Oriental province.

The seismic agency said it was not an aftershock and so far no damage has been reported.

Wednesday night’s earthquake forced people to flee malls and buildings, and hospital patients were evacuated into the streets.

In Magsaysay town in Davao del Sur, where most of the houses were damaged, a two-year-old girl died after being struck by falling objects in her sleep, Magsaysay information officer Anthony Allada said.

Allada added that a mother and child died when their house was buried in an earthquake-triggered landslide.

A local official said that a seven-year-old girl from Datu Paglas town in Maguindanao was killed when a wall collapsed.

And in M’lang town in Cotobato, a man suffered a heart attack as a result of the shock and was declared dead on arrival at the hospital.

A fire broke out at a mall in General Santos City right after the quake gutted three floors, but shoppers and employees managed to escape the blaze, the civil defence office said. 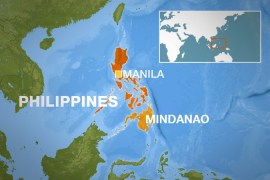 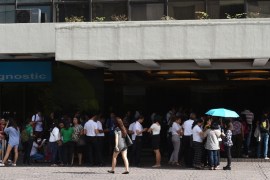