Sanliurfa, Turkey – Despite mounting international pressure, fresh US sanctions and the potential of a direct confrontation with Syrian government forces, Ankara is pressing ahead with its week-long military operation in northeast Syria.

Following the seizure of border towns and villages from Kurdish fighters, Turkish President Recep Tayyip Erdogan on Monday pledged to push on with a plan to further drive the Kurdish-led Syrian Democratic Forces (SDF), which Ankara considers a “terrorist” organisation, away from the border area.

With its forces having made their way east of the Euphrates River, Ankara has now set its sights on Manbij, a strategic Arab-majority city that has been under SDF control since 2016.

Turkey-allied fighters with the opposition Free Syrian Army (FSA) began gathering on Manbij’s outskirts late on Monday, a day after the United States announced it was withdrawing its troops from the region.

Washington’s move was followed by reports that Syrian government troops were mobilising close to Manbij after the SDF forged a last-minute, Moscow-brokered deal with Damascus to fend off Turkey’s military push.

By Tuesday, a small unit of Syrian government soldiers had entered Manbij for the first time since 2012, while videos circulating on social media showed armed government loyalists raising the Syrian flag on buildings in the city’s centre.

Meanwhile, Russia, a major military ally of Syrian President Bashar al-Assad, said its forces were patrolling front lines between the Turkey-allied forces and Syrian army positions outside the city to prevent a confrontation.

The developments have not only signalled the opening of a new front in Syria’s devastating war, now in its eighth year, but also the looming end of SDF rule in this area, according to observers.

“The SDF fell surprisingly quickly,” said Omar Kouch, a Turkey-based Syrian analyst, adding that despite Russia’s efforts to “mediate between them and the Syrian government”, the group has been left to fend for itself.

“Their dream of creating a state along the ‘Rojava’ region would be over if the Syrian government asserted its control,” Kouch said, referring to the SDF’s efforts to establish an autonomous federation in northeastern Syria.

What is Manbij’s strategic importance?

Located in the middle of the northern belt of Syria, Manbij has been a target for most of the players in Syria’s conflict due to the supply lines that run through it. It has frequently changed hands during the course of the war: After being seized by anti-Assad rebels in 2012, the city was captured by the Islamic State of Iraq and the Levant (ISIL, or ISIS) group in 2014, who then, in turn, lost it to the SDF three years ago.

A local economic hub, Manbij is situated adjacent to the M4 highway, a major commercial route that connects the western port city of Latakia to Aleppo, Raqqa and oil-rich Deir Az Zor in the east.

For al-Assad, controlling the highway could help rebuild the country’s war-ravaged economy.

“The Syrian government has been eyeing Manbij for years,”Century Foundation fellow Aron Lund said. “Today, they saw the US troop withdrawal and Russian support as an opportunity to do so.” 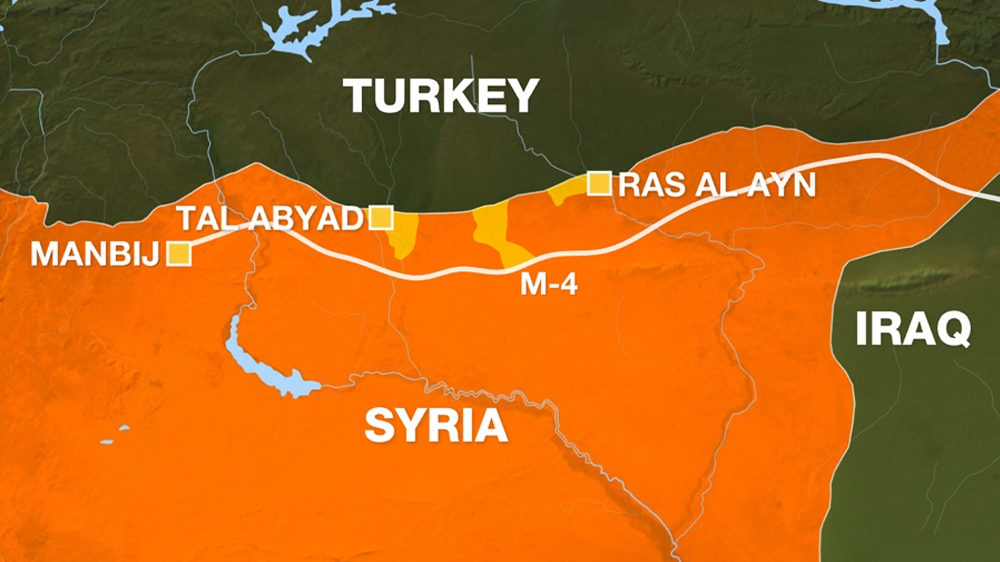 For Ankara, on the other hand, gaining a foothold in the area would mean preventing the SDF from moving back and forth along the Euphrates, while also isolating SDF-controlled Hassakeh and Qamishli from government-controlled Aleppo.

Manbij is also significant for Turkey’s plan to carve out a so-called “safe zone” cleared of Kurdish fighters where some of the 3.6 million Syrian refugees currently residing on its soil can be returned to.

On Monday, Erdogan played down suggestions that expanding the operation into Manbij would cause a point of conflict with Russia, citing Moscow’s “positive approach”.

Marwan Kabalan, Syrian writer and researcher at the Arab Center for Research and Policy Studies, said Moscow could reach an “understanding” with Ankara that would entail an SDF withdrawal – leaving effective control in Russian hands.

For Erdogan, such an agreement would prove more effective than previous failed attempts to reach an agreement with the US over his goal to create the “safe zone” at least 30km (19 miles) deep inside Syria.

Accessing Manbij is seen as essential in the efforts to establish such a zone and link it to other parts seized during Turkey’s two previous military operations into northern Syria, according to analysts.

“If he [Erdogan] also figures out a way to get the Kobane (Ain al-Arab) region, he can connect all Turkish-ruled areas in northern Syria to each other in what would, more or less, be the border zone he has been speaking of,” Lund said.

Turkey has long said it wants the border area to be cleared of the SDF, which is spearheaded by the Kurdish People’s Protection Units (YPG). Ankara views the YPG as an extension of the Kurdistan Workers’ Party (PKK), an outlawed group that has been waging a decades-long armed campaign for autonomy within Turkish borders.

What does this mean for Manbij’s locals?

According to locals, Manbij is home to an estimated 700,000 people, including thousands of internally displaced people.

Despite being under SDF control, at least 80 percent of the city’s inhabitants are ethnically Arab, with its “social fabric” consisting of 29 tribes, said Hassan al-Hussein, a member of the Manbij Tribes council, a network of tribal representatives.

For al-Hussein, the Ankara-led operation is an opportunity to expel the SDF, whose fighters, he says, have committed rights violations against the local population.

“Any country that manages to help us return safely to Manbij is our ally,” said al-Hussein, who is based in Turkey’s southeastern border city of Sanliurfa after fleeing Manbij in 2015. “For now, it is only Turkey that is willing to do so.”

According to al-Hussein, the council has on several occasions attempted to “reach out to the US for assistance” but to no avail – formed in 2015, the SDF was Washington’s main ground ally in the fight against ISIL.

“We wanted to explain the violations that were committed against us, to present reports from our people on the ground, and establish meetings with US officials,” al-Hussein said.

“This is why we condemn the US … We hold them responsible for what has happened to us.”

When the SDF took over control of the city in June 2016, after pushing out ISIL with the support of a US-led coalition, the group “attempted to impose a racial divide”, al-Hassan said.

“They control administrations, oil and gas fields, and do not let us anywhere near these institutions,” he said, referring to the oil-rich eastern region as a whole.

In October 2015, Amnesty International accused the YPG of forcibly evicting Arabs and Turkmens from areas they took control of after driving ISIL out. It said the instances of forced displacement, and the demolition and confiscation of civilian property constituted “war crimes”, allegations the SDF denied.

Al-Hussein also alleged there have previously been cases of “random arrests” of people accused of being in contact with Turkey or the FSA.

“These are parts of violations and a means to discriminate against Arabs in the area,” he said.

Yet, al-Hussein stressed the “brotherly bond” between Arabs and Kurds, noting that it was still “very much intact”.

“We’re brothers with the civilian Kurds in Manbij … Our problems came with the arrival of the YPG,” he said.

“We will always welcome our Kurdish brothers, just like we did before,” said Asaad, originally from the al-Haib tribe and now residing in Sanliurfa.

“Today, with Turkey’s ongoing operation, we believe that they’re trying to help us go back,” he added.

“This is precisely what we want … Our people fled unrest in 2013, and we all want to return … How can one turn their back on their own roots?” 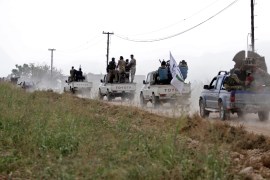 Heavy clashes in border town of Ras al-Ain as Ankara calls threats and sanctions against it over offensive unacceptable. 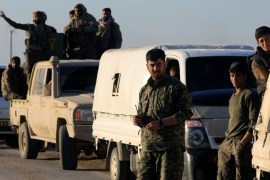 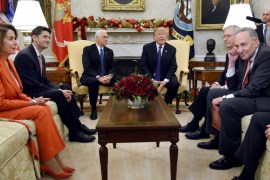 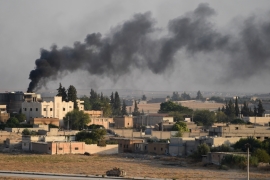