The European Union is considering a new emergency summit to get a Brexit deal, the BBC reported on Tuesday.

The new Brexit summit may be held towards the end of the month, the public broadcaster said.

Last week, the EU had agreed to intensify talks with the United Kingdom over the next few days to reach a new withdrawal agreement.

Michel Barnier, the bloc’s chief negotiator, had described discussions with his British counterpart as “constructive”.

The main sticking point remains the border between Ireland, an EU member, and Northern Ireland, which is part of the UK.

Some EU politicians have expressed guarded optimism that a deal could be reached.

However, European diplomats have indicated they remain pessimistic about the British proposal for the border and want more concessions, according to Reuters.

On Monday, UK Prime Minister Boris Johnson reiterated his desire to “get Brexit done”, following the Queen’s Speech that laid out his legislative agenda.

He was responding to opposition Labour Party leader Jeremy Corbyn in parliament over his government plans.

Last Thursday, Johnson managed to win some confidence he could still secure an agreement after meeting Irish Taoiseach Leo Varadkar.

During that meeting, Varadkar said a Brexit deal was still possible by October 31.

Johnson has insisted Britain will end its five-decade membership of the EU by that date, even if it hasn’t agreed to the exit terms.

But he will be forced to seek a delay if he fails to agree on a deal by this week’s summit of European Council heads of state meets scheduled on October 17 and 18.

Unless a new summit is held later this month, the meeting on Thursday and Friday would be the last of EU leaders before Britain’s scheduled departure at the end of the month.

Despite his public statements and those of his aides and ministers, Johnson’s government had earlier pledged that it would abide by legislation passed by parliament mandating the prime minister to seek a Brexit extension if a deal was not reached. 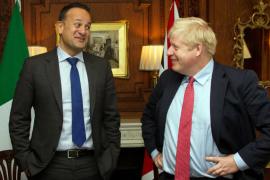 Taoiseach Leo Varadkar has struck a more positive tone than other European leaders, but warned more work was needed. 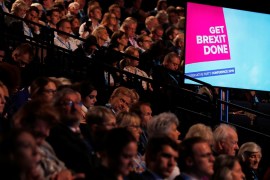 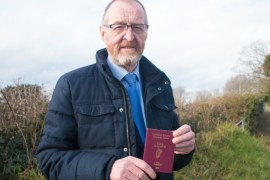 On Irish border, anger at Westminster and fears of fresh violence