Poland’s ruling right-wing populist Law and Justice (PiS) party is on track to win the country’s parliamentary elections with 49.3 percent of the vote, according to early official results released on Monday.

The result, if confirmed, would mean that PiS can expect an outright majority in the 460-seat lower house, the Sejm, Poland’s main legislative body.

With 42 percent of the total number of votes counted, Civic Coalition, Poland’s biggest opposition grouping,  is in second place with 22.3 percent, followed by the leftist alliance, The Left, with 10.9 percent.

Meanwhile, the bloc of agrarian PSL and anti-system Kukiz 15 has 9.8 percent, and the far-right Confederation 6.6 percent.

An overall majority in the lower house of parliament would give PiS a strong mandate to continue its controversial reforms of the justice system, media, cultural institutions, banking and the energy sector.

Voter turnout reached 61.1 per cent according to Ipsos, the highest since 1989 when communism came to an end in Poland.

In office since 2015 and led by former Prime Minister Jaroslaw Kaczynski, PiS has sought to mobilise poorer rural voters by coupling family values with a popular new child allowance, tax breaks for low-income earners and higher pensions and minimum wages.

It is the first party since the fall of communism to break with the austerity of previous governments, whose free-market policies took a moribund communist economy and transformed it into one of Europe‘s most dynamic.

Al Jazeera’s Andrew Simmons, reporting from Warsaw just before the exit poll was announced, said that it would be “a remarkable situation” if the ruling Law and Justice party won giving it the mandate to push ahead with more reforms.

“This is a populist government, a government that has been giving a number of benefits to the population and by all accounts seems to have gained on that,” Simmons said.

The party had framed the election as a choice between a society rooted in traditional Catholic values and a liberal order that promotes a chosen few and undermines family life.

Opposition parties and Poland’s European Union partners say the outgoing government has undermined the independence of the judiciary and the media and made Poland less welcoming for sexual and ethnic minorities.

“We can guarantee that Polish families are protected, that Poland’s freedom is protected and that the Polish church is protected against attacks,” PiS leader Kaczynski told supporters in its eastern rural heartland on Friday.

The church does not openly back any party but senior officials have given PiS their tacit support.

On October 1, Poland’s senior bishop wrote that Catholics should vote to defend the right to life from conception, support family values and define marriage as between a man and a woman.

The party has also shifted Poland’s foreign policy away from the European mainstream, becoming a leading proponent of calls to take some powers away from the EU, with which Warsaw is embroiled in a long-running dispute over judicial and media reforms.

Brussels has taken legal action to force Polish authorities to ease legislation it says has politicised the courts.

PiS has also sought closer ties with US President Donald Trump, raising concern among some Western European diplomats that Trump could use the biggest of the EU’s former communist states to sow discord in Brussels over issues such as Iran.

Deeply distrustful of its former Soviet master, Poland has persuaded Trump to bolster Washington’s military presence on Polish soil to counter Russia’s growing assertiveness since its 2014 annexation of Crimea from Ukraine.

On the economy, PiS has promised to shake off the post-communist Polish model that relied on cheap labour by more than doubling the minimum wage over eight years.

Some economists say the party’s already vast social spending has exposed the economy to too much risk at the time of an economic slowdown in the West, while opposition critics say it has deprived the healthcare and education systems of funding. 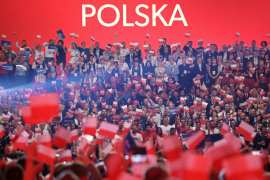 Poles at the polls: Five things to know

The populist Law and Justice party is sure to finish first, but a lot still hangs in the balance. 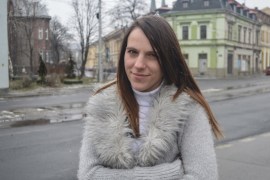 The view from Poland: How Brexit could impact migration, economy

Poland is the most common nationality and non-UK place of birth in Britain. What do Poles think about Brexit?