Paris, France – French Prime Minister Edouard Philippe has declared his support for a series of measures that would tighten the number of migrants allowed into the country, including the possibility of introducing immigration quotas.

“Today, the French asylum system is saturated,” Philippe said in his opening remarks on Monday before the National Assembly.

“The question of being steered by targets and admissions for residency is not a taboo. I’m not afraid of thinking about the idea of quotas.”

Citing government figures Philippe said that France saw a 22-percent increase in asylum applications in 2018, whereas the rest of Europe recorded a 10-percent decrease.

In 2017, more than 100,000 people had requested asylum in the country, although it was unclear how many were eventually accepted.

Introduced under the socialist government of Lionel Jospin in 2000, AME currently provides benefits for around 300,000 people and costs the state one billion euros ($1.1bn) a year.

“France should take care of all those who live in its territory,” Philippe said. “But it should be neither more, nor less attractive than its neighbours.”

Philippe said the government should also review the terms for family reunifications visas which enable spouses and children under the age of 18 who already have a parent living in France to apply for one. Under the scheme about 90,000 immigrants a year get in under that scheme.

Macron’s shift to the right has drawn criticism from his political opponents. Some have also questioned his timing and motives in advance of the upcoming 2020 municipal elections.

“It’s a little surprising that Macron decided to put this question on the table when actually the main questions of today are much more about social issues, pensions and unemployment,” Bruno Cautres, a political science researcher at Sciences Po told Al Jazeera.

“So we are all wondering why Macron is deciding to do this right now.”

“I don’t understand why we’re having this debate at a time when we have a number of concerns in this country that are frankly more pressing,” Traore told Al Jazeera. “These kinds of political tactics just end up fuelling the far right.”

Marine Le Pen, the leader of France’s far-right National Front party, accused Macron of “using immigration as an electoral element he pulls out his hat a few weeks before elections because he thinks it will attract French who see the reality in front of them.”

Others, however, said they supported the idea of a tougher stance on immigration so that the country could focus on its domestic needs.

“We should do more to help immigrants, but before we can do that we need to make sure we’re able to help our own citizens, including the high homeless population,” Delphine Poirier, a 34-year-old nurse told Al Jazeera.

Today immigrants make up just under 10 percent of the French population – only two percentage points more than in 1975.

Some analysts have expressed concerns about immigration data being taken out of context.

While it is true, for example, that asylum applications in France have increased in the last year, that number is warped by the high numbers of asylum requests by people from Georgia and Albania.

The majority of requests from these nations have been rejected, as France classifies them as “safe” countries.

“The real debate is not whether there are ‘too many foreigners’ in France,” wrote Francois Heran, a leading sociologist and demographer, in a recent Le Monde editorial.

“The question is why are basic statistics on immigration being ignored in order to avoid the larger question of integration. It’s time for our leaders to think of immigration as a word of reason rather than fear.” 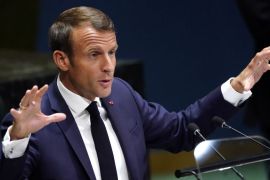 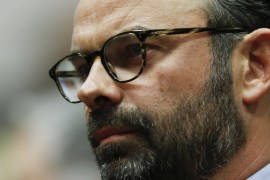 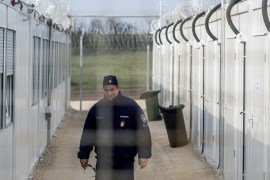 UN urges EU not to send asylum seekers back to Hungary

Asylum seekers, including children, are being held in shipping containers surrounded by razor fences, the UN says.