The Kurdish-led forces who helped the United States defeat the Islamic State of Iraq and the Levant (ISIL or ISIS) group in Syria have accused Washington of reneging on its commitments by pulling out troops from the country’s northeast and clearing the way for a Turkish assault on the Kurdish-controlled region.

In a statement on Monday, the Syrian Democratic Forces (SDF) pledged to “defend our land at all costs”, with the group also calling Washington’s move “a stab in the back”.

The SDF, led by the Kurdish People’s Protection Units (YPG), was Washington’s main ally in Syria in the fight against ISIL. In recent years, they have expanded their control in northern and eastern Syria, in a vast area stretching 480km (300 miles) from the Euphrates River to the Iraq border.

Turkey considers the Kurdish forces a “terrorist organisation” linked to the outlawed Kurdistan Workers’ Party (PKK), which has waged a decades-long armed campaign for autonomy in Turkey.

The beginning of the US troops’ withdrawal came after a statement late on Sunday by the White House that the US would not intervene in the long-threatened Turkish operation. The announcement came after a phone call between US President Donald Trump and his Turkish counterpart, Recep Tayyip Erdogan.

In early August, the US military, which has pledged to protect the SDF from a Turkish attack, agreed to a “security mechanism” with Ankara, under which Kurdish forces would be pulled back from the Turkey-Syria border and a “safe zone” would be set up for the return of some of the 3.6 million refugees currently in Turkey.

Following the agreement, the SDF destroyed YPG “fighting positions” in northeast Syria, before beginning to pull back from near the border.

But Ankara, increasingly unnerved by the Kurdish presence near its border, has long accused Washington of taking “too long” to act on the security deal, and Erdogan announced earlier this week an imminent “air and ground” operation to clear the border region of “terrorists”.

The SDF, in its Monday statement, decried the US’s troop withdrawal, saying: “Despite all our efforts to avoid conflict, our commitment to the security mechanism agreement and taking necessary steps on our end, the US forces did not carry out their responsibilities and have withdrawn from border areas with Turkey.

“Turkey’s unprovoked attack on our areas will have a negative impact on our fight against ISIS and the stability and peace we have created in the region in the recent years. As the Syrian Democratic Forces, we are determined to protect our land at all costs.”

Kino Gabriel, the SDF spokesman, told al-Hadath TV that the US had assured the group it would not allow a Turkish military operation in the region, while Mustafa Bali, head of the SDF’s press office, said in a tweet: “We are not expecting the US to protect NE #Syria. But people here are owed an explanation regarding security mechanism deal, destruction of fortifications and the failure of US to fulfill their commitments.”

The SDF, comprising both Kurdish and Arab militias, reportedly has 60,000 fighters under its command. The group said it lost 11,000 fighters in the battle against ISIL. There are around 1,000 US troops in northern Syria. 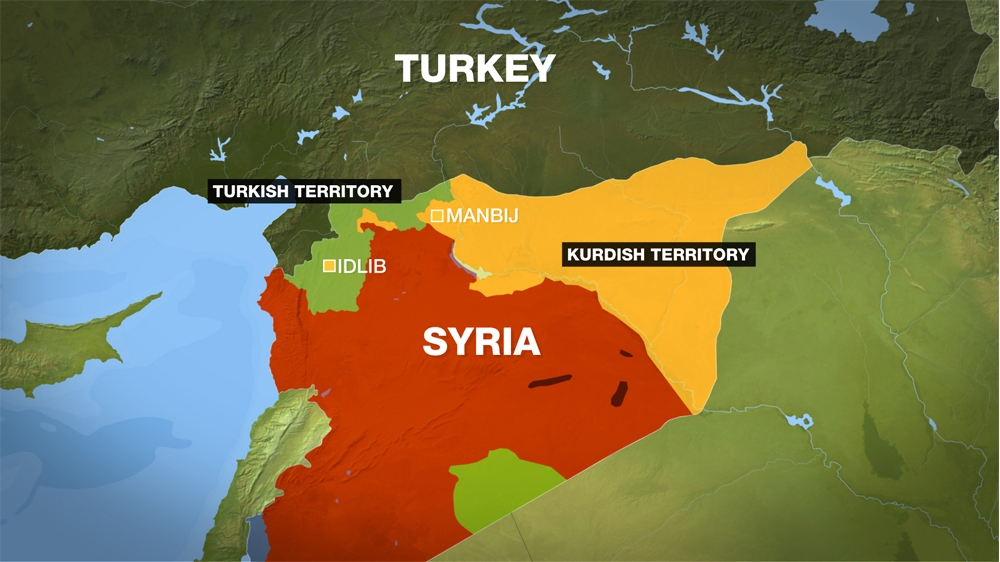 Ibrahim Kalin, spokesman for Erdogan, told Al Jazeera the Turkish plan to create a safe zone was in “the interest of Syria’s territorial integrity and in the Syrian people as well as Turkey’s national interest”.

“Because that area has become over the last two – three years, a safe haven for PKK terrorists,” he said from the Serbian capital, Belgrade. “We have no interest in occupying any part of Syria, east of the Euphrates or the west. Our goal is to secure our border and make sure the Syrian refugees go back to their homes that they’ve come from, securely and voluntarily.”

On Monday, Trump defended the decision in a series of tweets, saying: “The Kurds fought with us, but were paid massive amounts of money and equipment to do so. They have been fighting Turkey for decades. I held off this fight for almost three years, but it is time for us to get out of these ridiculous Endless Wars.”

“Donald Trump is not a Commander-in-Chief,” he wrote on Twitter. “He makes impulsive decisions with no knowledge or deliberation. He sends military personnel into harm’s way with no backing. He blusters and then leaves our allies exposed when adversaries call his bluff or he confronts a hard phone call.”

McGurk quit his post last December when Trump first ordered the full withdrawal of US troops from Syria.

“Bottom line: Trump tonight after one call with a foreign leader provided a gift to Russia, Iran and ISIS,” McGurk said. 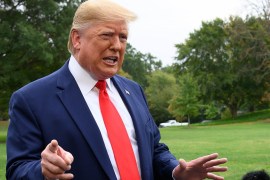 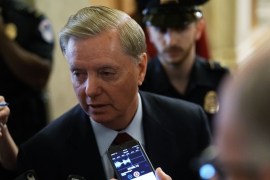 Lindsey Graham: Trump’s Syria decision ‘a disaster in the making’ 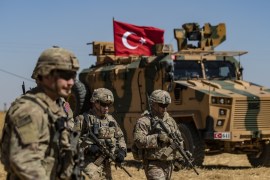 US troops start pullout in Syria as Turkey prepares operation

American troops ‘will no longer be in the immediate area’ casting uncertainty on the fate of their Kurdish allies. 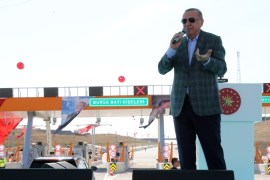 Turkey to launch offensive in Kurdish-controlled area in Syria

Accusing the US of delaying the set up of safe zones, Erdogan announces incursion into Syria to dislodge YPG militia.