It is the start of the fire season and the blazes on Thursday and Friday point towards a difficult time ahead for the South American country.

Local media reported there were 44 wildfires active on Thursday with at least eight more still burning in the Valparaiso region alone. Valparaiso is a coastal area about 100km northwest of Chile’s capital, Santiago.

Perhaps the hardest hit municipality was Limache, where the mayor said some 60 homes were destroyed.

The O’Higgins region south of Valparaiso was also hard hit. In total, local media reported more than 2,600 hectares have burned.

Most of the blazes have been contained or put out, but firefighters were still working to contain at least 10 fires as of Friday afternoon. 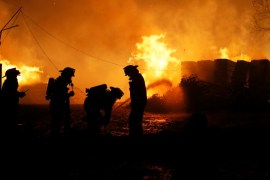 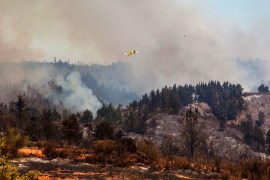 Blazes break out near Santiago, forcing dozens of people from their homes. 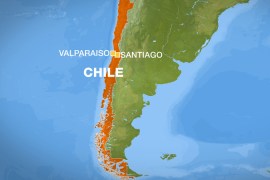 Earthquake strikes off coast of Valparaiso

Magnitude 7.1 temblor off Valparaiso did not cause any serious damage.