China has passed a new law that seeks to “Sinicize” Islam within the next five years, the latest move by Beijing to rewrite how the religion is practised.

China’s main English newspaper, Global Times, reported on Saturday that after a meeting with representatives from eight Islamic associations, government officials “agreed to guide Islam to be compatible with socialism and implement measures to Sinicize the religion.”

The newspaper did not provide further details or the names of the associations that agreed to the decree.

China has embarked on an aggressive “Sinification” campaign in recent years with faith groups that were largely tolerated in the past seeing their freedoms shrink under Chinese President Xi Jinping, China’s most powerful leader since Mao Zedong.

Practising Islam has been made forbidden in parts of China, with individuals caught praying, fasting, growing a beard or wearing a hijab, a headscarf worn by Muslim women, facing the threat of arrest.

According to the UN, more than one million Uighur Muslims are estimated to be held in internment camps where they are forced to denounce the religion and pledge allegiance to the officially atheist ruling Communist Party.

Rights groups have accused China of engaging in a campaign of ethnic cleansing. In August, a Washington Post editorial said the world “can’t ignore” the campaign against Muslims.

Islamic crescents and domes have been stripped from mosques, and according to the Associated Press news agency, religious schools and Arabic classes have been banned and children barred from participating in Muslim activities.

China has rejected the criticism, saying it protects the religion and culture of its minorities.

However, in the past week alone, authorities in China’s Yunnan province, which borders Mynamar, have closed three mosques established by the marginalised Hui Muslim ethnic minority, the South China Morning Post has reported. 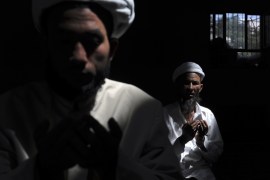 China’s relentless campaign to erase the identity of the Uighurs continues, as the world remains silent. 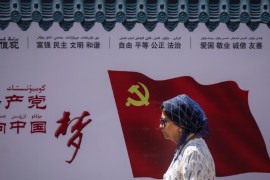