Toxic smog forced hundreds of schools to close in Thailand’s capital as authorities struggle to manage a pollution crisis that has stirred widespread health fears and taken on a political edge just weeks before elections.

Prime Minister Prayuth Chan-ocha directed Bangkok’s governor to order the closure of 437 city-controlled public schools on Wednesday after officials said the pollution would continue until next Monday.

“We decided to eliminate the problem by closing down the schools,” said Asawin Kwanmuang, the city’s governor. “We’re afraid that it can be dangerous for the children.”

Reasons given for the lingering pall include exhaust from traffic, unfettered construction, the burning of crop stubble, and pollution from factories getting trapped in the city.

Authorities have seeded clouds to provoke rain, sprayed overpasses with water to catch micro-pollutants and even asked people not to burn incense sticks and paper during Chinese New Year celebrations.

The measures so far have drawn derision from many Bangkok residents, while stocks of pollution masks have run out in many shops.

At a downtown Bangkok school where parents arrived early to pick up their children, pupils said they knew about the risks posed by the dangerous pollutant particles, known as PM 2.5.

“I use a mask wherever I go,” 12-year-old Chaiwawut Benpalee told AFP news agency. “It will not affect us now, but it will in the future.”

The haze is also starting to seep into the political conversation.

Thailand is set to hold an election on March 24, the first since the military took over in a 2014 coup.

“I don’t see serious measures being taken,” tweeted Chaturon Chaisang, a key member of the Thai Raksa Chart party, urging more to be done beyond the school closures.

His party, closely linked to the politically powerful Shinawatra clan, has been quick to launch a “measure the pollution” app, while other parties have handed out masks – leaving the ruling military government appearing flat-footed in its response. 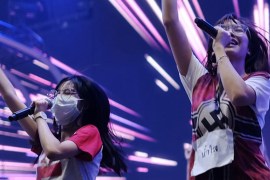 Common Thai phenomenon of Nazi regalia blamed on lack of historical understanding, rather than political learning. 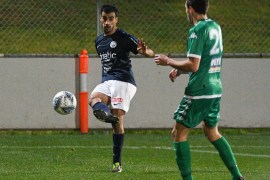 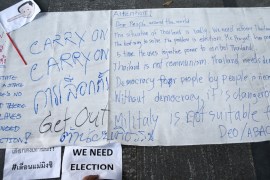 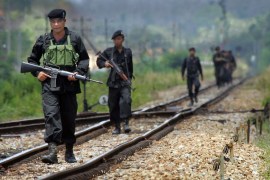