The death toll from the sinking of two migrant boats off the coast of Djibouti has risen to 52, with scores still missing, the United Nations migration agency has said.

Two vessels carrying migrants departed from Godoria on the country’s northeast coast on Tuesday morning but sank in heavy seas 30 minutes into the journey, according to the International Organization for Migration (IOM).

The IOM’s chief of mission in Djibouti Lalini Veerassamy told AFP news agency that the death toll had reached 52 on Friday, up from 43.

“No human being deserves such plight,” said Veerassamy.

“It is up to actors and leaders working across the region to prevent such tragedies which take innocent lives”.

15 people were rescued following the sinkings, with IOM believing that one of the two boats carried 130 people.

The number of passengers on the second vessel remains unclear, as do the nationalities of those aboard.

The coastguard is still conducting search and rescue operations with patrol boats.

“This is the worst thing I’ve been through in my entire life, even though I wasn’t in the sea long,” said Id Mohamed, a 15-year-old survivor.

“All that I remember is that the captain said the motor had a serious problem and the boat is going to sink. After that, I don’t know what happened”.

Located across the Bab al-Mandeb strait from Yemen and next to Somalia and Ethiopia, Djibouti has in recent years become a transit point for migrants heading to find work on the Arabian Peninsula.

The region of Obock, from where the boat set off for Yemen, is unusual in that it sees people passing in both directions – boatloads of Yemeni refugees fleeing war cross vessels carrying African migrants seeking better opportunities.

In 2017 some 2,900 people, mostly Somalis and Ethiopians, passed through from Yemen, a year that saw about 100,000 migrants head into the troubled country.

“The number of new arrivals arriving in Yemen has been continuously increasing since 2012, despite the deepened insecurity and violence following the war that erupted in March 2015,” the IOM said in its 2018-2020 regional migration response plan.

This migration comes despite Yemen facing one of the world’s worst humanitarian crises.

UN officials say 80 percent of the population – 24 million people – are in need of aid and nearly 10 million are just one step away from famine.

IOM said that most of the journey migrants take to Yemen is by foot, walking across the scorching desert regions of eastern Ethiopia, Djibouti and northern Somalia.

The sea crossing itself has repeatedly proven perilous.

Last year, at least 30 migrants from Somalia and Ethiopia believed to be headed for Djibouti drowned when their boat capsized off Yemen amid reports of gunfire being used against those on board.

In August 2017, dozens of migrants from Somalia and Ethiopia died after human traffickers forced them off two Yemen-bound boats and into the sea. 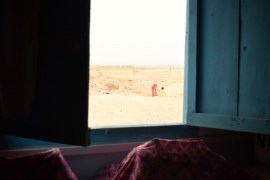 NGOs and refugees say women can face economic and physical abuse, but fear speaking out due to stigma. 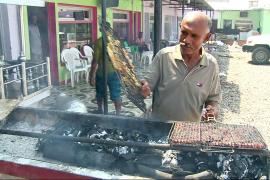 Djibouti is facing its own problems with poverty in spite of large foreign investments in recent years, and now it is making an effort to welcome some 40,000 Yemenis who have moved there to escape the war at home. 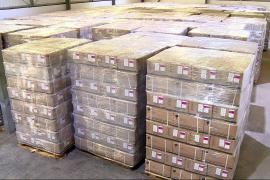 Aid agencies are working around the clock in the nearby Djibouti port to prepare shipments they hope will address some of the severe shortages Yemen is facing. They are waiting for the reopening of some Yemeni ports and airports that Saudi Arabia has 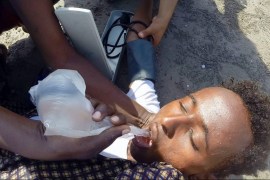 At least six dead and 13 missing after at least 160 refugees forced off boat – the second such incident in 24 hours.