The US peace envoy for Afghanistan has hailed “significant progress” in six days of talks with the Taliban in the Qatari capital, Doha, aimed at finding a solution to end the 17-year-old war in the South Asian country.

“Meetings here were more productive than they have been in the past. We made significant progress on vital issues,” Zalmay Khalilzad, the US special representative for Afghan reconciliation, wrote on Twitter.

The Taliban said that “the withdrawal of foreign troops from Afghanistan and other vital issues saw progress.”

“The policy of the Islamic Emirate during talks was very clear: Until the issue of withdrawal of foreign forces from Afghanistan is agreed upon, progress in other issues is impossible,” Zabihullah Mujahid, the Taliban spokesman, said in a statement shared with Al Jazeera.

The Taliban also rejected media reports about a possible “agreement on a ceasefire”.

“Reports by some media outlets about agreement on a ceasefire and talks with the Kabul administration are not true,” Mujahid said.

Earlier on Saturday, the Reuters news agency reported that the Taliban and the United States had agreed on a draft peace deal, citing Taliban sources.

Khalilzad, the US envoy, also denied a draft deal was agreed upon as he prepared to fly back to Afghanistan to discuss the talks.

“We will build on the momentum and resume talks shortly. We have a number of issues left to work out,” he tweeted.

Officials at the US embassy in Kabul were not immediately available for comment.

Qatari officials have denied reports that Afghan intelligence chief Mohammad Massoum Stanikzai flew to Doha to participate in the talks.

2/3. Will build on the momentum and resume talks shortly. We have a number of issues left to work out. Nothing is agreed until everything is agreed, and “everything” must include an intra-Afghan dialogue and comprehensive ceasefire.

The Taliban has been resisting US pressure for the announcement of a ceasefire and direct talks with the Afghan government, a source close to the Taliban told Anadolu Agency on condition of anonymity due to restrictions on speaking to the media.

During the six days of talks Abdul Ghani Baradar, one of Taliban’s cofounders, was named as the leader of its political office in Qatar.

Baradar, formerly a number two of the group, helped Mullah Omar, who died in 2013, to found the Taliban movement in Afghanistan in 1994. He served in several key positions when the Taliban ruled Afghanistan from 1996 to 2001.

He fled to Pakistan after the US invasion in 2001 and was arrested in 2010 in an operation then considered to have dealt a fatal blow to the movement.

Baradar was released from a prison in Pakistan in October last year after the first meeting in Doha – never confirmed by the US – between the Taliban and Khalilzad. He later joined his family in Afghanistan.

His release, according to security experts, was part of high-level negotiations led by Khalilzad with the Taliban.

Al Jazeera’s Ahelbarra said that maintaining the political bureau and allowing Baradar to take over negotiations with the Americans is “quite the significant step forward”.

“[He] is considered as someone who can build bridges with the different factions within the Taliban, in particular, with the Shura council of the Taliban, the entity which will have the final say over any political future of Afghanistan,” Ahelbarra said.

Khalilzad said in Kabul before leaving for Doha last week that Washington would stand firmly by Kabul, and if the Taliban wish to continue with the war, the United States would fight them, and if they want peace, peace would be sought.

The talks in Doha have given birth to cautious optimism for peace in Afghanistan with a number of pro-truce demonstrations in major urban centres across the country.

Diplomatic efforts to end the US’s longest-running conflict intensified last year after the appointment of the Afghan-born Khalilzad to lead direct talks with the Taliban, which has been running an armed rebellion since it was dislodged from power in 2001.

Khalilzad has held at least four meetings with the Taliban representatives as well as Pakistani officials.

The veteran diplomat is last known to have met the Taliban last month in Abu Dhabi, the capital of the United Arab Emirates.

Despite the talks in Doha, there has been no letup in the violence in Afghanistan.

On Monday, as many as 100 Afghan security forces were killed when armed Taliban fighters attacked a military base about 44km southwest of Kabul.

A day earlier, a Taliban car bomb targeted a convoy of vehicles carrying the provincial governor of Logar in Afghanistan, killing at least eight security forces and wounding 10 others.

Afghan President Ashraf Ghani said last week that 45,000 members of the country’s security forces had been killed since he took office in 2014. 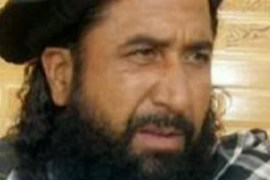 Baradar was released from Pakistan jail last year after first meeting between Taliban and Zalmay Khalilzad in Doha. 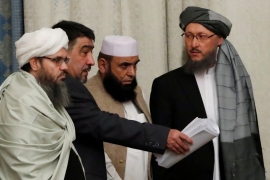 Talks in Qatar have now gone on for four days with analysts hoping they ‘open a way for an intra-Afghan dialogue’. 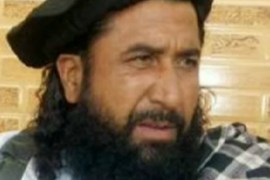 Taliban names cofounder as head of political office in Qatar

Appointment of Abdul Ghani Baradar comes as talks with the US to end 17-year Afghan war appear to gain momentum.