Rights group Amnesty International has said Egyptians are facing an unprecedented attack on freedom of expression.

Egyptian authorities detained at least 113 people in 2018 for peacefully expressing their views, Amnesty International said in a statement on Thursday.

It added that the country has become more dangerous than at any time in recent history for anyone openly criticising the government.

“Today, it is more dangerous to openly criticize the government in Egypt than at any other time in the country’s recent history,” said Najia Bounaim, Amnesty’s North Africa Campaigns Director.

“Those living under President Abdel Fattah el-Sissi have experienced an unprecedented assault that has seen those who peacefully express their views treated as criminals,” Bounaim said.

The London-based rights group said those who dared criticise the government in 2018 were sent to prison, often held in solitary confinement or subjected to forced disappearances.

There was no immediate response from the government, which has consistently cast doubt on charges of rights violations made by rights groups.

President Abdel Fattah el-Sisi denies the existence of political prisoners in Egypt, arguing that everyone in detention is facing legal proceedings.

Human rights groups have regularly criticised el-Sisi’s government for cracking down on secular and left-wing activists, as well as supporters of the banned Muslim Brotherhood group.

A growing number of activists have been detained in Egypt in recent months.

The country has also passed legislation allowing authorities to monitor popular social media accounts and block them if they are found to publish “fake news”.

Rights groups say the legislation is aimed at curbing freedom of expression online, with the internet being one of the last forums for dissenting voices to speak against el-Sisi’s rule.

Authorities insist that such measures are needed to maintain stability in the country.

The Amnesty statement comes on the eve of the eighth anniversary of the start of the 2011 uprising, which attracted millions of Egyptians to the streets but which later turned into a much-maligned landmark by the pro-government media under el-Sisi.

El-Sisi himself has described the uprising as the “wrong remedy for a misdiagnosis” and has vowed, albeit implicitly, not to allow another one to take place, citing the turmoil in which the country was mired after the 2011 revolt. 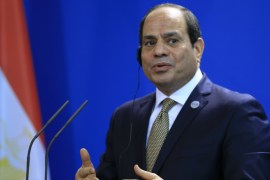 Egypt demands CBS should not air interview with President Sisi 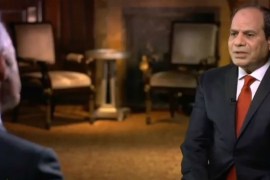 CBS broadcasts Sisi interview despite Egypt request not to air it 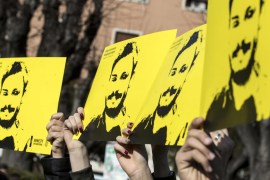