Thousands of anti-government protesters are marching across Venezuela on Wednesday to demand the resignation of President Nicolas Maduro, as Juan Guaido declared himself the country’s interim president.

Government supporters held counter-rallies for Maduro, who who was recently sworn in for a controversial second term.

But Guaido swore himself in on Wednesday, claiming that Maduro’s presidency was illegitimate and that, as leader of the opposition-controlled National Assembly, Guaido would serve as interim president.

US President Donald Trump and the Organization of American States (OAS) recognised Guaido as acting president, and a Canadian official told Reuters that Ottowa would soon follow suit.

“In its role as the only legitimate branch of government duly elected by the Venezuelan people, the National Assembly invoked the country’s constitution to declare Nicolas Maduro illegitimate, and the office of the presidency therefore vacant” Trump said.

“The people of Venezuela have courageously spoken out against Maduro and his regime and demanded freedom and the rule of law,” he added.

The anti-government protests are a crucial test for the country’s re-invigorated opposition and the National Assembly, which it controls.

Last week, the body declared Maduro a “usurper”, but the Supreme Court nullified that legislation, disavowing Guaido as the National Assembly’s leader.

Wednesday’s protests come on the heels of demonstrations late on Tuesday in at least 60 working-class neighbourhoods around the country. Residents burned rubbish and clashed with security forces, echoing the violent street demonstrations that took place two years ago, a local rights group said.

At least four people were killed, including a 16-year-old boy who was shot in the abdomen, according to Venezuela’s Observatory of Social Conflict.

The opposition has been energised by Guaido and the harsh international reception of Maduro’s second term, widely condemned as illegitimate.

“The opposition has had serious internal conflicts, although, in 2015, it won the National Assembly, they have not shown cohesion,” Professor Ramon Pinango, a sociologist from the Venezuelan University of IESA told Al Jazeera.

“However, very recently, as recently as the last weeks, it seems they have reached an agreement, and the Assembly has regained its power,” he added.

“The regime is harassed, and every time their political spectrum is getting reduced, the international pressure is strong.”

But any change in government will rest on a shift in allegiance within the armed forces. They have stood by Maduro through two waves of street protests.

Guaido, 35, has called for the military to disavow Maduro and promised amnesty for people who back him. He has strived for military support and vowed to oversee free elections.

Guaido would provide legal protection to soldiers and officials who defected if he became president, he told Reuters in an interview on Tuesday, although “there would have to be justice for those that have done bad things”.

Rachid Yasbek, a member of the opposition, also appealed to the military.

“All military men or women has a family, all of them are also facing the conditions we are facing,” Yasbek told Al Jazeera.

“We are making a call to the higher ranks, we are asking them to stand with the people,” he added.

However, there are few signs that indicate the military is prepared to abandon Maduro.

“The military leadership is faithful to Maduro and will continue to be until he’s gone,” one active duty high-ranking military officer told Reuters news agency.

Maduro accuses the United States and other countries of waging an “economic war” to force him from power.

Diosdado Cabello, head of the constitutional assembly, accused Venezuela’s opposition of being on a mission to “threaten and cause terror”.

Government supporters also accuse the opposition of trying to bring conflict to the country.

“The opposition is trying to raise the level of conflict, so that the government falls into the trap and uses police forces, then the international community could have an excuse to execute an intervention,” Juan Romero, an analyst and government supporter told Al Jazeera.

But opposition supporters say they are tired of the current situation.

“I’m tired of repression. I want to see my country in better conditions,” said 22-year-old Javier Pineda, a physiotherapy student, in Caracas.

“In the hospitals there is nothing, there are no supplies for treatments that are simple, there are no stretchers. We attend people on the floor,” he told Al Jazeera. “Today I protest with nostalgia and emotion, with faith and with strength, because I trust that there is a better Venezuela.”

Wednesday’s march, an annual event that commemorates the 61st anniversary of the fall of a military dictatorship, is expected to draw hundreds of thousands of people. The ruling Socialist Party is holding a rival march, and officials have threatened to jail Guaido.

US Vice President Mike Pence issued a message of support to Venezuelans opposing the government on Tuesday, promising support for Guaido and branding Maduro a “dictator with no legitimate claim to power”.

She denounced “the perverse plans of Venezuela’s extreme right to endanger stability and peace”.

The pro-government Supreme Court, which annulled the powers of the congress in 2017, ruled on Monday not to recognise Guaido as its head and asked the state prosecutor’s office to determine whether he had committed a crime.

Maduro, who was inaugurated on January 10 following a 2018 election widely viewed as a sham, has presided over Venezuela’s spiral into its worst-ever economic crisis, with inflation forecast to reach 10 million percent this year. 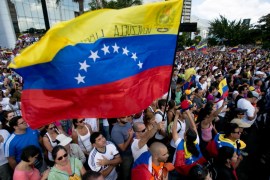 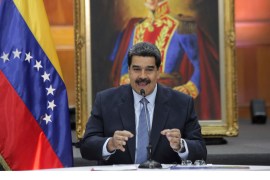 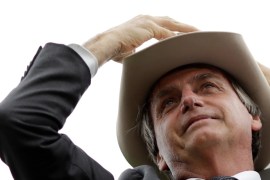