Several thousand people marched through major Australian cities calling for safety for women after a Palestinian exchange student was murdered in Melbourne.

Sunday’s marches, part of the Women’s March rallies held around the world in support of women’s rights, gathered about 3,000 people in Sydney, who in their chants demanded safe streets for women in Australian cities.

Aiia Maasarwe, a 21-year-old Palestinian with Israeli citizenship, was killed when walking home after a night out with friends in Melbourne, Australia’s second-largest city, earlier this week.

A 20-year-old man was charged with her murder.

Maasarwe had been studying at La Trobe University in Melbourne for the past five months as an exchange student from Shanghai University in China.

She was on her way home from a Melbourne comedy club and was speaking to her younger sister in Israel on FaceTime with her mobile phone when she was attacked shortly after stepping off from a tram in the suburb of Bundoora.

Maasarwe’s death recharged outrage over violence against women after 22-year-old Eurydice Dixon was killed in Melbourne while walking home after performing at a comedy show in June.

Thousands of people gathered at vigils for Maasarwe on Friday and continued to lay flowers at the site of her death. A special tram carrying only flowers late on Friday followed the route of Maasarwe’s final journey.

In Sydney on Sunday marchers held signs paying tribute to Maasarwe and other victims of violence. Television news showed women carrying signs: “For Aiia and for those who suffer silently” and “I wanna walk through the park in the dark”.

The victim’s China-based father, Saeed Maasarwe, visited a floral memorial to his daughter that has grown at the site where her body was dumped behind a hedge not far from the tram station. The father arrived in Melbourne on Thursday to confirm his daughter’s identity and to bring her home.

About 1,000 people, including Saeed Maasarwe, gathered in a silent vigil in respect for the young woman on the steps of Victoria state parliament on Friday night. Many carrying flowers and candles later took trams to another vigil at the location near a shopping mall where the body was found on Wednesday morning.

“I think that the country is very shaken … but at the same time, as always, reaches out and seeks to comfort, and I want to thank those Australians for doing that and I was pleased to be able to, with my family, simply do the same,” he told reporters.

In reaction to Maasarwe’s death, Morrison said his government would announce another “action plan” to stem violence against women ahead of an election expected by May, on top of AUD350m ($252m) that has already been committed.

Floral tributes continue to be laid at La Trobe University, which is in Bundoora, a suburb where many students live.

Codey Herrmann, an aspiring rapper who performs as M.C. Codez, was arrested on Friday morning in a suburb neighbouring Bundoora. He appeared in an Australian court on Saturday charged with Maarsarwe’s murder and rape.

Herrmann, 20, did not apply for bail when he appeared in the Melbourne Magistrates Court in the early hours of Wednesday morning.

Herrmann hung his head as he sat in the dock and stood only to hear the charges against him read. He was not required to enter pleas. 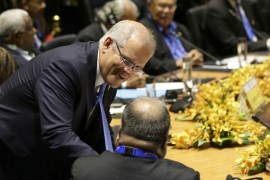 Scott Morrison will travel to Vanuatu and Fiji this week hoping to mend ties amid growing Chinese influence. 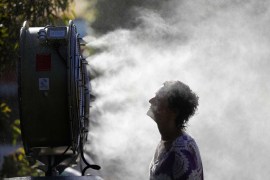 Once again, a heatwave Down Under coincides with the Australian Open Grand Slam tennis tournament. 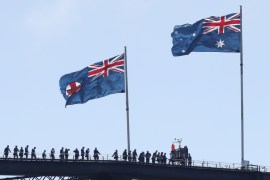 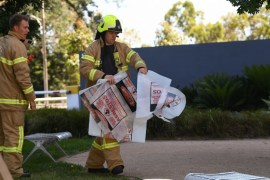 Savas Avan, 49, is accused of sending as many as 38 parcels containing asbestos to foreign missions across Australia.