US President Donald Trump hid details of his conversations with his Russian counterpart Vladimir Putin, the Washington Post has reported.

The Washington Post report, published on Sunday, comes two days after the New York Times disclosed that the FBI had opened an investigation into Trump’s relations with Russia.

Citing current and former officials in the White House, the Washington Post reported that Trump asked a translator – present in a meeting between him and Putin – not to disclose or discuss details of his conversation with the Russian president.

According to the newspaper, the meeting with Putin took place in Hamburg in July 2017, which was also attended by the then Secretary of State Rex Tillerson.

US officials were made aware of Trump concealing the notes when a White House adviser and a senior State Department official sought information from the translator other than information Tillerson had shared, the Washington Post reported.

The Trump administration rejected the report, saying Tillerson in 2017 “gave a fulsome readout of the meeting immediately afterwards to other US officials in a private setting, as well as a readout to the press”.

On Friday, the New York Times published an article stating that federal law enforcement officials were so concerned about Trump’s behaviour in the days after he fired James Comey from the FBI that they opened an investigation into whether he had been working for Russia against the interests of the United States.

Trump reacted on Saturday during a telephone interview broadcast on Fox News Channel after host Jeanine Pirro asked whether he is currently or has ever worked for Russia.

Trump went on to say that no president has taken a harder stance against Russia than he has.

“If you ask the folks in Russia, I’ve been tougher on Russia than anybody else, any other … probably any other president, period, but certainly the last three or four presidents.”

The inquiry forced counterintelligence investigators to evaluate whether Trump was a potential threat to national security. They also sought to determine whether Trump was deliberately working for Russia or had unintentionally been influenced by Moscow.

The Times reported that FBI agents and some top officials became suspicious of Trump’s ties to Russia during the 2016 presidential campaign but didn’t launch an investigation at that time because they weren’t sure how to approach such a sensitive and important probe, according to the unnamed officials.

But Trump’s behaviour in the days around Comey’s May 2017 firing as FBI director, specifically two instances in which he seemed to tie Comey’s removal to the Russia investigation, helped trigger the counterintelligence part of the investigation, according to the newspaper.

Trump tweeted early on Saturday that the report showed that the FBI leadership “opened up an investigation on me, for no reason & with no proof” after he had fired Comey.

Robert Mueller took over the investigation when he was appointed special counsel soon after Comey’s firing. The overall investigation is looking into Russian election interference and whether Trump’s campaign coordinated with the Russians, as well as possible obstruction of justice by Trump.

The Times says it’s unclear whether Mueller is still pursuing the counterintelligence angle.

Trump’s lawyer Rudy Giuliani told the Times he had no knowledge of the inquiry but said that since it was opened a year and a half ago and they hadn’t heard anything, apparently “they found nothing”.

Trump has also repeatedly and vociferously denied collusion with the Russians. 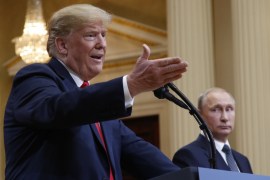 Investigators sought to determine whether Trump had knowingly or unwittingly worked for Kremlin interests, report says. 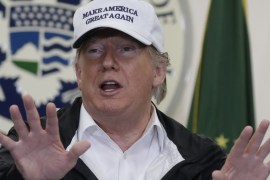 Anti-Trump, pro-war: An insider’s critique of the US media