The newspaper, citing unnamed US and Saudi sources, said that Prince Mohammed continues to seek advice from al-Qahtani.

David Ignatius, the paper’s security affairs correspondent, quoted an unnamed US citizen who had recently met MBS as saying that al-Qahtani is in possession of a lot of files and dossiers.

“The idea that you can have a radical rupture with him is unrealistic,” the source said.

A Saudi who is close to the royal court concurred.

“There’s stuff [al-Qahtani] was working on that he may have to finish, or hand over,” he said according to The Washington Post.

The last official government comment on al-Qahtani was on November 15 when prosecutors said he was under investigation and was barred from leaving the kingdom.

He was dismissed as a royal adviser following Khashoggi’s murder, but the ambiguity surrounding his status has raised questions about whether he continues to have influence behind the scenes.

Qahtani is believed to have played a pivotal role in Khashoggi’s assassination by first trying to lure him back to Saudi Arabia. He met the Saudi hit team before they left for Turkey and allegedly gave orders to kill Khashoggi if he refused to return to his country voluntarily.

Ignatius quoted another Saudi source as saying that al-Qahtani had recently made two trips to the United Arab Emirates (UAE), even though he was presumed to be under house arrest in Riyadh.

The adviser also reportedly met recently with senior deputies from the royal court’s Centre for Studies and Media Affairs at his home in Riyadh and told them that he had been blamed and “used as a scapegoat.” Qahtani had run the centre until shortly after Khashoggi’s death.

The paper reported that “far from altering his impulsive behaviour,” MBS “appears instead to be continuing with his autocratic governing style and a ruthless campaign against dissenters,” according to US and Saudi sources.

It said the Trump administration had hoped that the Saudi royal would learn something from Khashoggi’s killing and make some changes.

“Domestically, he feels very confident and in control. As long as his base is secure, he feels that nothing can harm him,” the US source who had recently met MBS said.

“He’s completely unchastened by what has happened,” an experienced Saudi-watcher based in the UK said. “That is worrying for Western governments.”

Ignatius said the Twitter hashtag “Fact” was used to present the alleged involvement of the two men in anti-Saudi plots financed by Qatar.

A video on Twitter titled “Qatar System Exposed”, produced by a company with the same name as a Dubai-based video studio, alleged that Khashoggi was part of a plot to “create a new destabilising Arab Spring to unsettle Arab countries, mainly, Saudi Arabia”, reinforcing what the source said about al-Qahtani’s visit to the UAE. 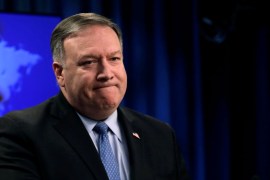