Seven people were killed and 10 others wounded in southeast Turkey when an improvised explosive device (IED) placed on a road went off as a vehicle carrying villagers passed by, a governor’s office in the restive region of Diyarbakir said.

The IED was believed to have been placed by Kurdistan Workers’ Party (PKK) fighters, the office said in a statement.

The blast on Thursday evening occurred in the Kulp district of Diyarbakir province, the statement added.

The PKK is designated as a “terrorist” organisation by Turkey, the United States and the European Union.

The conflict between the PKK and the Turkish state in the mainly Kurdish southeast began in 1984, and more than 40,000 people have since been killed.

In recent months, the Turkish government has stepped up pressure on Kurdish groups and politicians.

In August, it removed three mayors from office over alleged links to the PKK and arrested more than 400 people amid a deepening crackdown on a pro-Kurdish party.

The mayors of Diyarbakir, Mardin and Van provinces in eastern Turkey – all members of the People’s Democratic Party (HDP) elected in March – were suspended.

The Ministry of the Interior said it had active cases against them for “spreading propaganda” or being members of a “terrorist” organisation.

President Recep Tayyip Erdogan has hardened his rhetoric towards Kurdish rebels since the last ceasefire broke down in 2015, reducing the odds of a political solution to the long-running conflict.

In August, jailed PKK leader, Abdullah Ocalan, had hinted that he was ready to find a solution on the Kurdish issue. 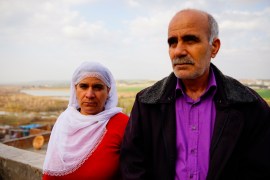 One Kurdish family is speaking out more than a year after their daughter was allegedly killed by Turkish sniper fire. 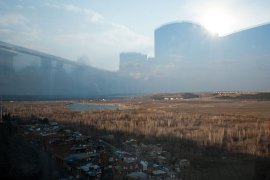 This bastion of Kurdish nationalism lies at the heart of the war between the state and separatist rebels. 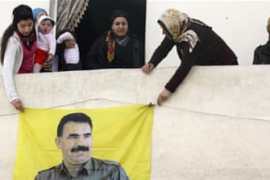 Jailed PKK leader Ocalan ‘ready for a solution’ with Turkey

Blacklisted group’s leader, who has been under detention since 1999, says he can ‘remove the conflict’ within a week.