The United Nations special envoy to Yemen condemned a Saudi-UAE-led coalition attack on a prison run by Houthi rebels and called on the military alliance to investigate the deadly air raids.

Martin Griffith’s statement came as the International Committee of the Red Cross (ICRC) said more than 100 people were “presumed killed” in the bombing in Dhamar city in western Yemen.

Griffiths called the incident a “tragedy”.

“The human cost of this war is unbearable,” he said. “We need it to stop… I hope the coalition will launch an inquiry into this incident. Accountability needs to prevail.”

Rescue workers continued to pull the dead and wounded from the rubble at the site of the attack north of the city of Dhamar. Houthi officials quoted by Al Masirah TV said the facility, formerly a community college, housed about 170 prisoners of war.

The attack was the deadliest so far this year by the coalition, according to the Yemen Data Project, a database tracking the war.

The coalition, which intervened in Yemen’s civil war in 2015, has faced international criticism for air raids that have hit schools, hospitals and wedding parties, killing thousands of Yemeni civilians.

Al Jazeera’s Mohammed al-Attab, reporting from Dhamar, said prison guards at the scene said they reconstructed the building, which had been destroyed by previous Saudi-led attacks, and turned it into a detention centre as “it has not been used by students” following the recurring raids.

The head of the Red Cross delegation in Yemen, Franz Rauchenstein, told Al Jazeera on Monday that he saw “shocking images” of bodies around the site of the attack.

“The death toll will be quite high,” he said.

Rauchenstein said since the efforts began, about “90 body parts” have been recovered so far, while another 20 “visible bodies” remain “in the rubble”.

“It is very difficult to understand the motivation of this attack because what we’ve seen is a centre, where all these people have been detained, has been directly hit

“It is a detention centre that we have visited various times before and has been hit several times yesterday,” Rauchenstein said.

The Saudi-Emirati-led coalition said on Monday it was unaware that prisoners were held at a facility it targeted and blamed the Houthi rebels for the carnage.

“The coalition was never informed … about the location,” spokesman Turki al-Maliki told a press conference. “The Houthis bear full responsibility for making this a location for Yemeni citizens who have been forcibly disappeared.”

Maliki reiterated the coalition’s stance that the site was used by the rebels to store drones and air defence systems.

“The [facility] was not on the ‘no strike list’ of sites in the city of Dhamar,” he said. “Some reports have quoted the ICRC as saying it has gone to the site a number of times. The coalition has never been informed … about the location.”

The Western-backed alliance said it had taken measures to protect civilians in Dhamar and the assault complied with international law.

Houthi rebels rejected the coalition’s claims the community college was a weapons store.

Abu Kinan, a Houthi official in charge of war captives, told Al Jazeera the prison is “subject to the ICRC’s inspection every now and then”.

“Accusations by Riyadh are baseless, especially as its [the facility’s] coordinates have been shared with the Red Cross,” he said.

Nazem Saleh was among those held at the facility. “We were sleeping and around midnight, there were maybe three, or four, or six strikes,” he told The Associated Press.

“They were targeting the jail, I really don’t know the strike numbers… We were 100 persons on the ground level and around 150 on the upper level,” he said while on a stretcher in a local hospital.

Jason Straziuso from the ICRC said the group had a forensics professional on site who will help with “dead body management”.

“It’s clear that this building was full of about 170 detainees,” he said. “Warring parties should not be targeting people who are not a part of the fight – in this case, the detainees.” 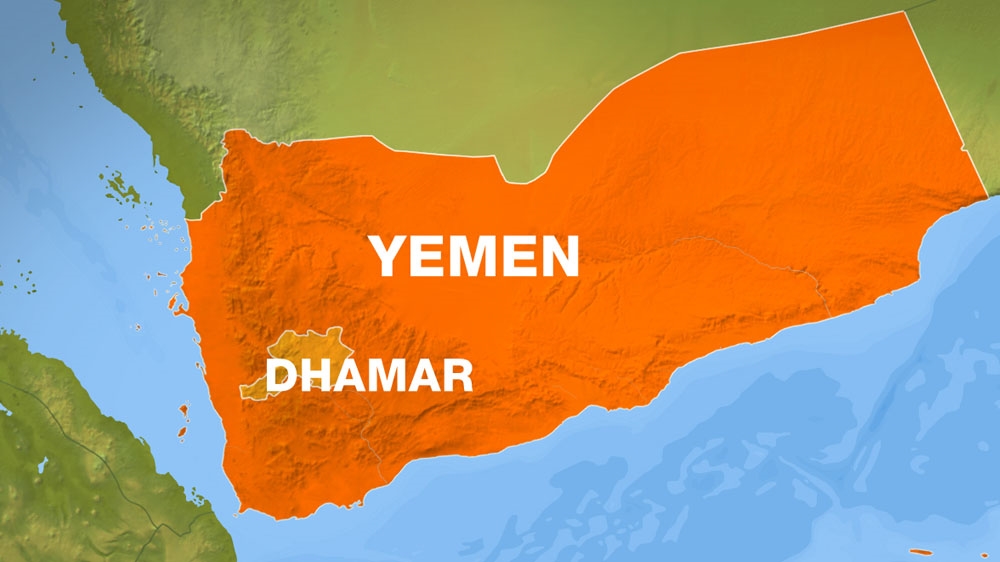 Human rights activists also placed the blame on the Houthis for housing detainees, many of them dissidents, in facilities deemed dangerous as they had come under attack in the past.

Baraa Shiban, from the UK-based human rights NGO Reprieve, told Al Jazeera: “There is a crime committed by the Houthis in detaining political activists, journalists, and political dissidents – whom they used to put in places that they constantly have been advised by human rights NGOs not to put them in dangerous areas.

“Also, most of those people who died … haven’t even seen courts,” Shiban noted.

Human Rights Watch also accused the Houthis of torturing prisoners, many of whom were subject to arbitrary arrest and enforced disappearances.

In a September 2018 report. the New York-based watchdog said it documented 16 cases of illegal imprisonment by the Houthi rebels.

The Saudi-led coalition intervened in Yemen in March 2015 against the Houthis after they swept the internationally recognised government of President Abd-Rabbu Mansour Hadi from power in the capital, Sanaa, and most of the north.

The war in Yemen, currently in its fifth year, has already killed tens of thousands of people and sparked what the United Nations calls the world’s worst humanitarian crisis. 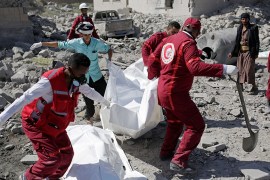 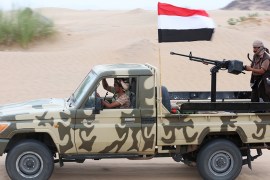 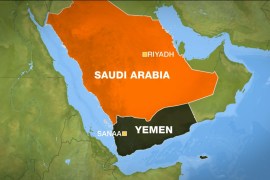 Saudi Arabia has denied there was an attack by the rebels, despite claims by them that an armed drone was used.