Intelligence officials in the United States have received information that al-Qaeda founder Osama bin Laden‘s son Hamza has died, according to a US broadcaster.

The New York Times newspaper also reported that the US had a role in the operation that led to Hamza’s death, which it said took place in the past two years.

Al Jazeera could not independently confirm the report at the time this story was published.

Questioned by reporters in the Oval Office, President Donald Trump did not confirm or deny the report.

Separately, the White House declined to comment on whether any announcement was imminent.

In February the US government put a $1m bounty on Hamza’s head, saying the man sometimes dubbed the “crown prince of jihad” was “emerging as a leader in the al-Qaeda franchise.”

He had put out audio and video messages calling for attacks on the US and other countries, especially to avenge his father’s killing by US forces in Pakistan in May 2011.

In 2017, the US added Hamza to its counterterrorism blacklist.

Documents seized in the raid on his father’s house in Abbottabad suggested Hamza was being groomed as heir to the al-Qaeda leadership, according to the US State Department.

US forces also found a video of the wedding of Hamza, who was thought to have been 30, to the daughter of another senior al-Qaeda official.

Hamza bin Laden’s whereabouts have never been pinpointed. He was believed to have been under house arrest in Iran, but reports suggest he also may have resided in Afghanistan, Pakistan and Syria.

In March, Saudi Arabia announced it had stripped Hamza bin Laden of his citizenship, saying the decision was made by a royal order in November 2018.

The group behind the deadly September 11, 2001 attacks on the US, al-Qaeda’s prominence as an armed group has faded over the past decade following the emergence of the Islamic State of Iraq and the Levant (ISIL, also known as ISIS) armed group.

But branches and associated armed fighters in Afghanistan, Yemen, Syria and elsewhere have underscored its continuing potency. 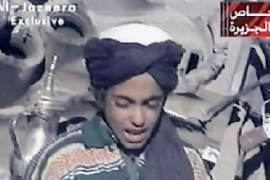 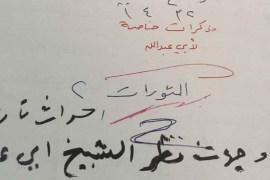 Secret journal shows mastermind of September 11, 2001, attacks on US as engaged commentator, not strategic thinker. 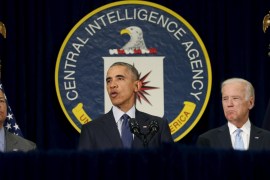 The killing of al-Qaeda chief has had very little effect on the War on Terror, says veteran US investigative journalist.