A year after the start of a deadly Ebola outbreak in the Democratic Republic of the Congo (DRC), a third case has been confirmed in the major border city of Goma.

DRC authorities on Thursday said the one-year-old daughter of an Ebola patient who died on Wednesday had also contracted the virus.

“The little girl is in hospital, but the virus could be fatal as mortality rates are high in children,” he added.

On Thursday, Congo’s presidency said the border with Rwanda was reopened hours after its eastern neighbour closed it over the deadly Ebola outbreak.

Congo had protested the closure, which went against international health recommendations.

Rwanda’s health minister, however, denied claims that the border was shut on Thursday.

“The border was never closed and it is not closed,” Diane Gashumba told reporters while sitting next to the state minister of foreign affairs, Olivier Nduhungirehe, who earlier said it was shut.

On Wednesday, a man died of the highly contagious virus in the city of about two million people. He was known to have spent several days with his family while exhibiting symptoms, Abedi said.

This third confirmed case is the first transmission of Ebola inside Goma during this outbreak, as the previous two patients are thought to have contracted the disease elsewhere.

The painstaking work of finding, tracking and vaccinating people who had contact with the man – and contacts of those contacts – has now reportedly begun.

Thursday marks one year since the start of the epidemic – the second-worst on record – which has led to more than 1,800 deaths in the DRC.

After the first person to contract the disease in Goma died last month, the World Health Organization (WHO) declared the outbreak an international health emergency – the fifth in history.

Before the Goma cases, no major cities had been affected by the epidemic that has hit the eastern provinces of North Kivu and Ituri. Rwanda and other neighbouring countries – South Sudan, Uganda and Burundi – are now on high alert.

The news of the third case came as neighbouring Rwanda closed its border with the DRC amid concerns over the spread of the disease.

“Our government has closed the border with Democratic Republic of Congo because of the outbreak of Ebola,” Olivier Nduhungirehe, Rwanda’s minister in charge of the Eastern African Community, told dpa on Thursday.

The Congolese presidency confirmed the closure in a statement, saying there had been a “unilateral decision by the Rwandan authorities” to shut the border for all people other than Congolese citizens leaving Rwanda. It called the decision “regrettable” and said it ran counter to the advice of the WHO.

The international health body has warned against travel restrictions but said the risk of regional spread is “very high”.

In June, three people died in Uganda before their family members were taken back to the DRC for treatment and Ugandan officials declared the country free of the disease.

The death of the girl’s father on Wednesday in Goma, in “such a dense population center underscores the very real risk of further disease transmission, perhaps beyond the country’s borders, and the very urgent need” for more international support, United Nations agencies said in a joint statement marking the anniversary of the outbreak.

Her father was a miner in his 40s who was returning from a part of northeastern Ituri province where no Ebola cases in this outbreak have been recorded, WHO officials told reporters. 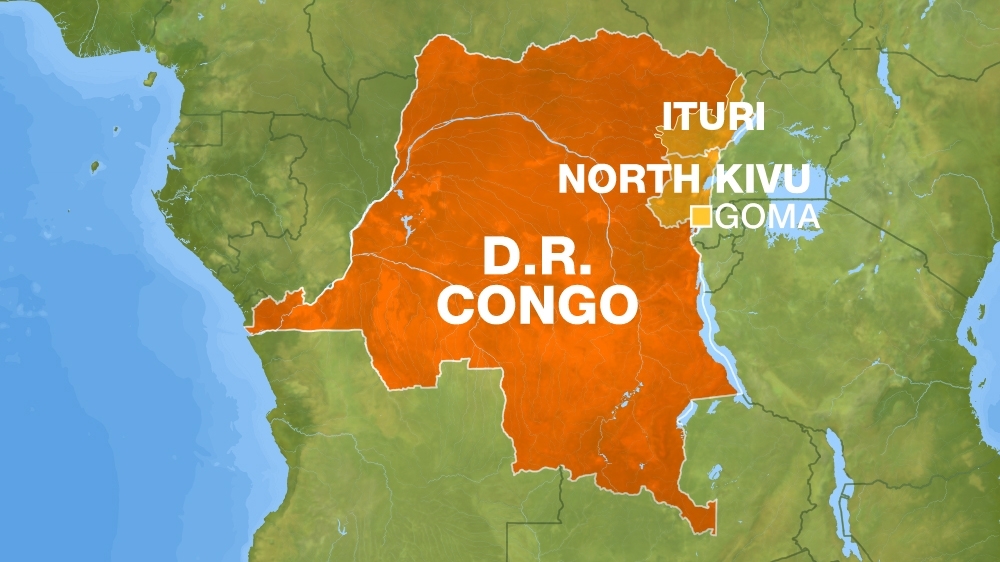 His case was not thought to be linked to the earlier death of a pastor who became infected during a visit to the town of Butembo, one of the epicentres of the epidemic.

However, efforts to curb Ebola in the country have been hampered by fighting between various militias – some of which have targeted health workers and facilities – as well as by a deep-rooted mistrust of health officials among local communities.

According to UN agencies, more than 2,600 cases have been confirmed so far. 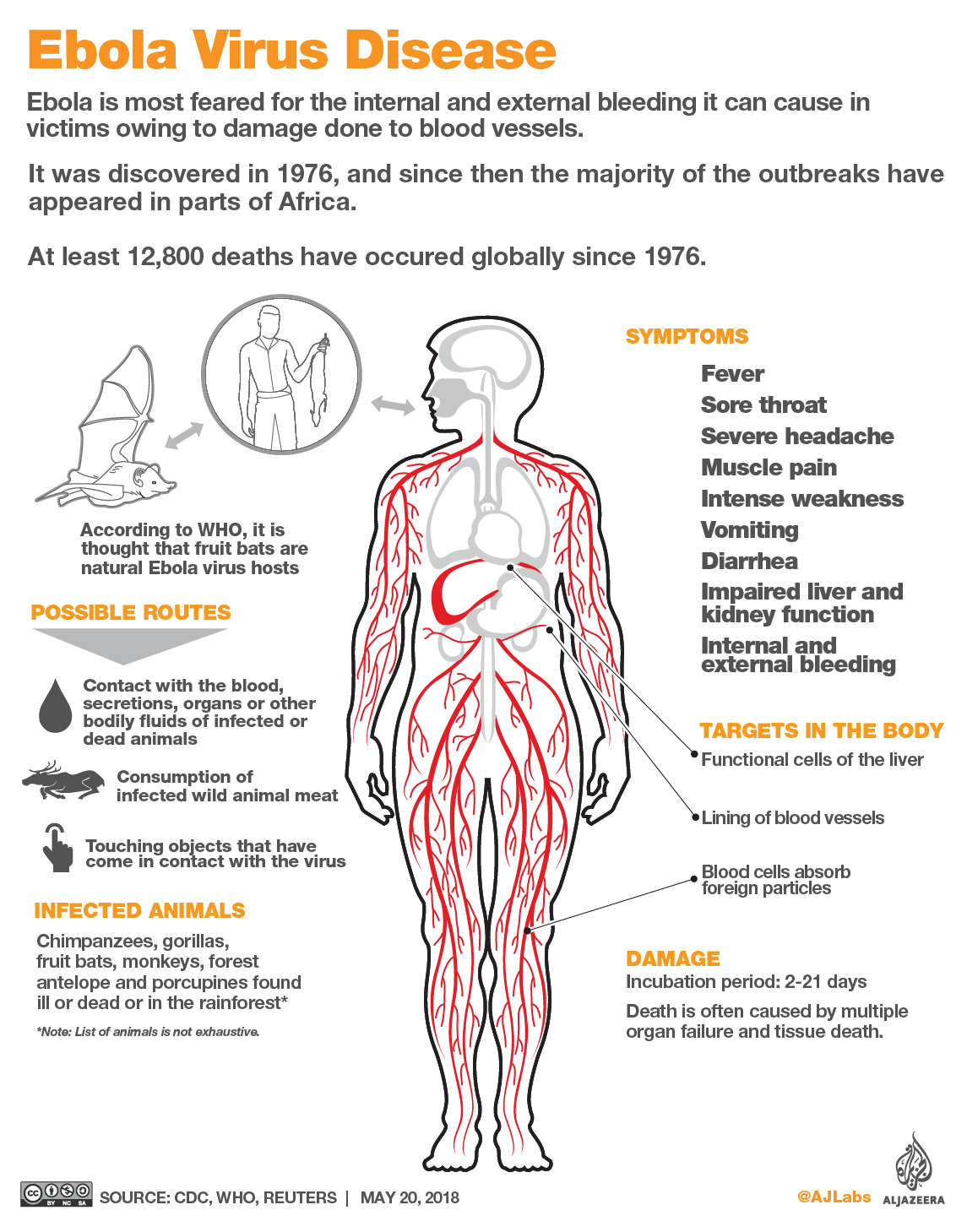 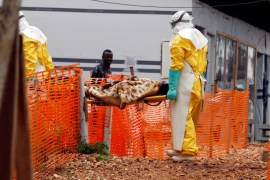 One year on, fight against Ebola far from over

As Rwanda shuts border with DRC over Ebola fears, health workers call for increase in efforts to beat deadly epidemic. 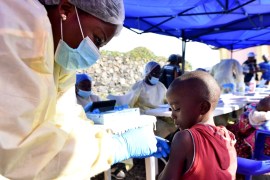 Can Ebola be wiped out?

WHO has declared the Ebola outbreak in the Democratic Republic of the Congo an international public health emergency.