Russia‘s most prominent opposition leader Alexei Navalny was discharged from hospital and returned to prison on Monday against the wishes of his doctor, who said he may have been poisoned.

The critic of Russian President Vladimir Putin was taken to a hospital from his Moscow prison on Sunday, after suffering from an “allergic reaction” after possible exposure to an unidentified “toxic agent”. He is currently serving a 30-day sentence for calling an illegal demonstration in Russia, where police detained more than 1,000 people.

While Navalny’s life does not appear to be in immediate danger, the news has sparked alarm in a country where the opposition politician Boris Nemtsov was shot dead outside the Kremlin in 2015.

Who is Alexei Navalny?

Navalny, a former anti-corruption lawyer, emerged as a force in Russian politics in 2008 when he started blogging about alleged malpractice and corruption at some of the country’s state-controlled corporations.

He rose to prominence with the message that Putin’s United Russia political party was “a party of crooks and thieves,” a phrase first coined in February 2011 that has since been adopted at anti-government rallies.

In 2011, he spoke at one of the largest anti-government rallies in post-Soviet Russia, attended by as many as 120,000 people.

“He showed people there was a problem with the corrupt apparatus loyal to Putin,” said Maxim Goryunov, a Russian radio journalist at Euroradio who attended the protests.

During the demonstration, Navalny was arrested and imprisoned for 15 days.

Navalny was briefly jailed again in July 2013 and charged with embezzling timber worth $263,000. For that case, he was sentenced to five years in prison – a decision widely considered as politically motivated. The European Court of Human Rights declared the politician had not been given a fair hearing.

In a re-trial in 2017, he was convicted for a second time and handed a five-year suspended sentence, preventing him from standing against Putin in the 2018 presidential election. Navalny has repeatedly denied the accusations, saying his legal troubles are Kremlin reprisals for his criticism of the regime.

During protests in May 2018 against Putin’s fourth inauguration, authorities charged eight people from Navalny’s Anti-Corruption Foundation with inciting riots, using their tweets and retweets as evidence. Many were fined, while some were sentenced to 30 days in prison.

Navalny now has offices throughout Russia with more than 2,000 volunteers dedicated to his spreading his message.

The opposition politician has found support among Russia’s younger generation, owing largely to his social media presence, in which he mocks the political elite.

“He is genuinely popular and it’s no surprise why,” according to Ben Noble, a lecturer of Russian politics at University College London (UCL).

Navalny is able to appeal to different groups owing to his “charisma”, his simple messages and savvy communication style, which no other opposition politician has been able to achieve, he said.

Meanwhile, a new report by the Free Russia Foundation showed that Putin’s support among people between the ages of 17-25 has drastically decreased over the last decade.

“Young Russians are increasingly aware that corruption and nepotism contribute to their economic uncertainty,” wrote Vladimir Milov, an expert at the Free Russia Foundation.

Navalny’s YouTube channel, through which he exposes the alleged corruption of high ranking government officials, has more than 2.8 million subscribers.

Navalny’s Anti-corruption Foundation, which exposes and fights corruption in the Russian government, “presents meticulously researched reports that are hard to refute,” he added.

Alex, a 22 year-old student and Navalny supporter from Moscow, also credited Navalny’s social media presence for getting to young people.

“He shows determination and honesty.”

Navalny has had critics in the anti-Putin camp, who consider him too nationalistic.

He not only attended the far-right “Russian march”  in December 2017, but also made a number of racist statements, including calling Georgians “rodents”, during Russia’s war with Georgia in 2008 and comparing migrants to “insects”.

He has since apologised for using the racist epithets.

Navalny at threat to Putin

He is an “existential threat to the Kremlin”, said Noble, because he shows it is possible for another politician to be a popular candidate within a system that has been de facto led by Putin since 2000.

Navalny’s ability to appeal to nationalists is a particular concern for Putin who himself “pursues a nationalistic agenda,” Euroradio’s Goryunov said.

He’s the only opposition politician who represents a legitimate alternative to Putin, said Anton Barbashin , Editorial Director of Riddle Russia.

“People look at him and think he could take control. This gives him an edge over other liberal politicians,” he added.

His accessible communication strategy makes him capable of addressing those who support Putin today, and who are more and more dissatisfied with the current regime, said Noble.

According to a June study by the Moscow-based Center for Social and Labor Rights, general discontent is rising in Russia amid sluggish economic growth, a decline in disposable income, and a deeply unpopular move to increase the retirement age.

The Kremlin’s greatest fear, according to Noble, is that Navalny could “unite the activities” of those who have “economic grievances” against the state, including the “striking miners, striking teachers, (and) long-distance lorry drivers” who traditionally support Putin.

Despite the fact that freedom of assembly has been gradually restricted in Russia since 2012, observers say that Russians are not afraid to protest against social issues such as benefit cuts.

“Given the specific conditions” Navalny could galvanise a mass demonstration, said Noble. “And the Kremlin does not want to see a repeat of the protests in 2011-2012.”

Navalny is a figure that “the state knows it needs to keep closely monitored,” Barbashin said. 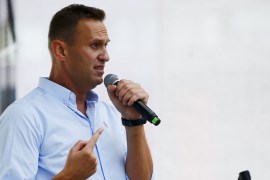 Top opposition leader returned to prison after treatment for what was described as an ‘allergic reaction’. 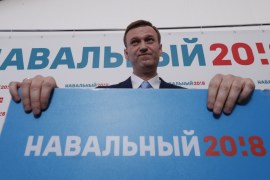 How Navalny changed the rules of the game in Russia 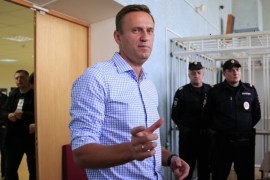