Police in Vietnam have arrested more than 380 Chinese nationals for allegedly operating an illegal gambling ring in the port city of Hai Phong, police said on Monday.

The individuals, aged between 18 and 24, were arrested while operating online gambling websites from more than 100 rooms at a tightly-guarded urban area in Haiphong City, 100km east of Hanoi, the ministry said in a statement on its website.

The arrests were made on Saturday when police raided numerous buildings, discovering machines and devices designed for online gambling activities including nearly 2,000 smart phones, 533 laptops, cash and ATMs, police said in a statement.

The ring had successfully processed transactions worth more than $435m, police alleged.

“This is a criminal organisation with a new and sophisticated method of operation, implemented on cyberspace, organised under the ‘cover’ of foreign investment enterprises in Vietnam,” the statement said.

“This case also involves the largest number of foreigners and the largest amount of gambling and online betting ever discovered in Vietnam.”

The raids took place in Duong Kinh’s Our City Urban Area, a 43-hectare home to five-star hotels, premium apartments and villas as well as entertainment and commercial centres, developed by Hong  Kong’s Qiafeng Company and completed in 2015 after five years.

Gambling is illegal in Vietnam in most cases, though foreigners are allowed to gamble at local casinos.

Last year, Vietnam said it would allow some local citizens to gamble at selected casinos on a trial basis.

Vietnam’s one-party state has started loosening its rules on domestic gambling, allowing its citizens to bet in casinos on a trial basis and opening up some sports betting. 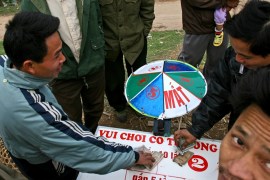 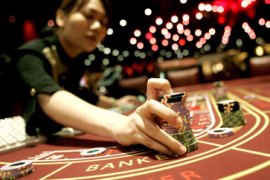 As new casinos open, is the gaming boom causing an increase in gambling addiction?