Algerian legislators have elected an Islamist opposition figure as speaker of Algeria‘s parliament, according to state media.

Slimane Chenine, the leader of a parliamentary alliance of three small Islamist parties, will replace Mouad Bouchareb of the National Liberation Front (NLF), the party that was led by former president Abdelaziz Bouteflika, state television reported late on Wednesday.

Bouchareb resigned on July 2 amid pressure from protesters and politicians, three months after Bouteflika stepped down following weeks of nationwide protests and pressure from the powerful military.

Protesters have continued to take to the streets, demanding an overhaul of the political system and the removal of Bouteflika-era officials from office ahead of eventual elections.

In an effort to appease demonstrators, Army Chief of Staff Ahmed Gaid Salah vowed to prosecute government officials and associates of the former president suspected of corruption.

As a result, two former prime ministers, Ahmed Ouyahia and Abdelmalek Sellal, have been taken into custody on corruption allegations.

The Movement of National Construction party is part of a parliamentary alliance of three small Islamist parties, which also includes Ennhada and Adala.

It is the first time in the history of the Algerian parliament that a deputy of an opposition party has been elected as parliament speaker.

According to his party, Chenine is a writer and journalist, a member of the Association of Parliamentarians for al-Quds (Jerusalem), and one of the founders of the Free General Union of Students in Algeria (GNFR).

The National Construction Movement posted on its Facebook page that Chenine had participated in the ongoing protest movement since it began on February 22.

Last month, Algeria postponed presidential elections that were scheduled for July 4, after the only two candidates who had submitted bids were disqualified. No new date has been set for the vote. 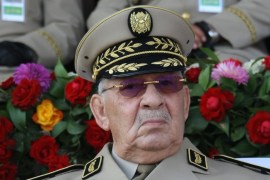 Gaid Salah terms the demand a ‘poisonous idea’ that has come amid persisting protests. 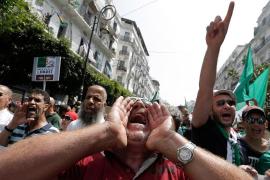 Algerian protesters and opposition parties have demanded elections take place by the end of the year, after the interim president pushed for talks.