Japan has ordered hundreds of thousands of people on the southern island of Kyushu to take shelter in evacuation centres and other safe areas as heavy rains threatened to trigger landslides and cause other damage.

Some parts of southern Kyushu have received up to 1,000mm of rain since Friday, and forecasters expect as much as 350mm rainfall in some areas by midday on Thursday, Japan’s NHK broadcaster said on Wednesday.

The southwestern island of Shikoku, meanwhile, is expected to see up to 250mm of rain by Thursday morning.

Ryota Kurora, a weather forecaster, warned of mudslides, flooding and swollen rivers in the southern region at a news conference on Wednesday morning.

Evacuation orders were issued for almost 600,000 residents of Kagoshima city alone and thousands more in two smaller cities in the same prefecture on Kyushu, the broadcaster said.

Another 310,000 residents of the island were advised to find shelter, Kyodo News reported.

In Tokyo, Prime Minister Shinzo Abe said residents should “take steps to protect their lives, including early evacuation” and he ordered the military to prepare for rescue operations if needed.

Abe was criticised for the government’s slow response in July last year when heavy rains triggered landslides and floods, killing more than 200 people in Japan’s worst weather disaster in decades.

A heatwave that followed, sweeping across Japan for a period of nearly two weeks with temperatures reaching record highs, killed more than 1,000 people, according to the Health Ministry. 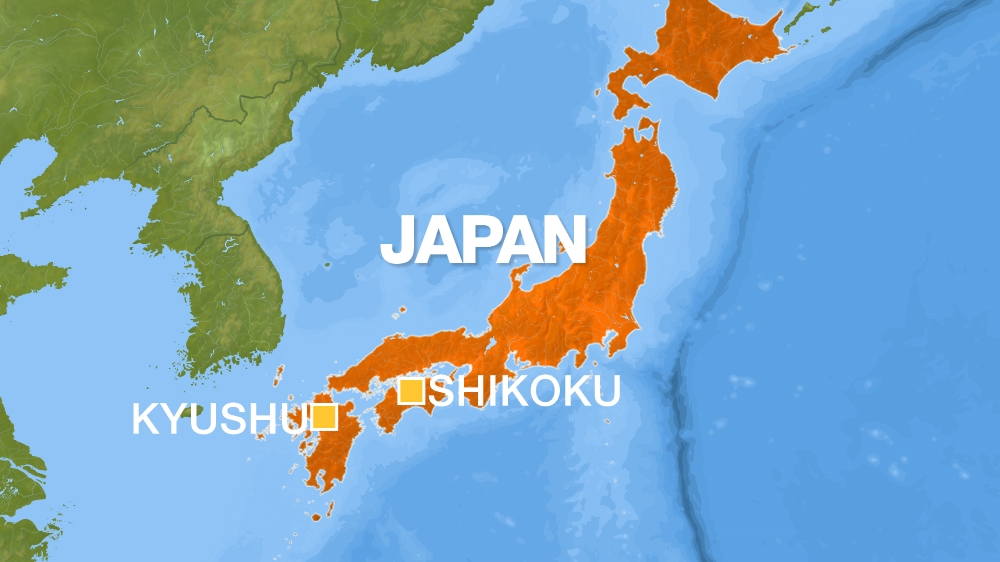