Two suicide blasts have rocked the capital of Tunisia, killing at least one police officer and wounding several people.

The first explosion on Thursday involved a suicide bomber who targeted a police patrol on Tunis’s central Charles de Gaulle Street, not far from the French embassy.

One police officer was killed, while another was wounded, according to the interior ministry. Three civilians were also wounded.

Body parts were strewn on the road around the police car, an AFP news agency correspondent reported.

A loud explosion was heard throughout the surrounding neighbourhood.

A second attacker blew himself up shortly afterwards on a national guard base in the capital’s al-Qarjani district, the interior ministry said. Four security personnel were wounded in that attack.

“At 11am (10:00 GMT) an individual blew himself up outside the back door” of the base, interior ministry spokesman Sofiene Zaag told AFP.

The Islamic State of Iraq and the Levant group (ISIL) claimed responsibility, saying the “executors of the two attacks on Tunisian security elements” were its “fighters”, according to United States-based monitor SITE Intelligence Group.

Youssef Cherif, a Tunis-based political analyst, told Al Jazeera later on Thursday that the situation was calm in the city.

“The attacks did not leave a lot of casualty and the bombings themselves were not very big,” he said.

“It was quite similar to the one that occurred in October 2018 [when a young woman used a handmade explosive device to target a police van, wounding at least nine people].”

Benlakehal said such incidents in Tunis have been relatively rare in recent years with “the usual issues that Tunisia has with terrorism [occurring] away from the capital”.

The violence came four years after scores of people were killed in a spate of attacks claimed by ISIL.

Two of the attacks targeted tourists – one at a museum in Tunis and another on a beach in Sousse – while a third was on presidential guards in the capital.

In February, a Tunisian court sentenced seven people to life in prison over the museum and beach incidents.

Thursday’s attacks took place just months before an election is scheduled to take place and amid the peak  tourist season in Tunisia. 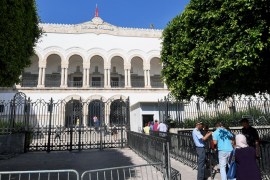 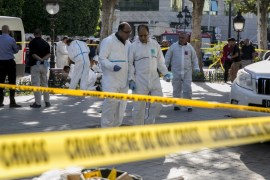 How not to solve Tunisia’s extremism problem 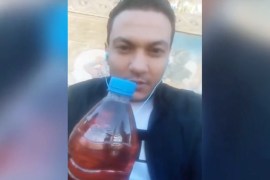 Tunisia: Protests after journalist sets himself on fire

Abderrazak Zorgui posted a video online before his self-immolation in the city of Kasserine calling for a revolution.