At least two people have been killed and 10 wounded in the Sudanese capital, Khartoum when shots were fired near the site of a protest sit-in, a doctors’ committee close to demonstrators said.

“After regular forces opened fire, there were casualties on Nile Street near the sit-in site,” the Central Committee of Sudanese Doctors said in a statement following the incident on Saturday.

The committee did not specify which forces opened fire or identify those killed or wounded. A man died “who was hit with live rounds in the head”, the committee said.

Thousands of demonstrators in Sudan have attempted to stop security forces from closing down the main street outside the military headquarters in Khartoum.

Sounds of live gunfire were heard at around 2pm local time (12:00 GMT), which lasted for about four hours, witnesses told Al Jazeera.

Asim Abdullah, 40, a business owner at the site of the sit-in, told Al Jazeera that security forces blockaded the Nile Street, which is adjacent to the army headquarters, and attacked protesters from all sides.

“Dozens of vehicles belonging to the paramilitary Rapid Support Forces (RSF), army and police blocked the area and opened fire at the protesters,” he said.

Rehan Abdul Galil, a 30-year-old engineer, said soldiers from the RSF were beating some of the protesters using sticks.

“RSF soldiers have used excessive violence. I saw more than 20 soldiers beating a single protester with sticks,” she said.

The ruling military council had warned last week that it would disperse the main sit-in outside the army headquarters.

On Friday, a spokesperson for the Transitional Military Council (TMC) said in a televised speech that legal action would be taken against what it called “unruly elements” at the encampment outside the defence ministry.

He said a military vehicle used by the RSF had been attacked and seized near the encampment.

Over the past few days, at least three protesters, including a pregnant woman, were shot dead at the site of the protests, while eight others suffered injuries, according to a statement by the Sudanese Professionals Association (SPA).

In its statement released on Friday, the SPA held the TMC accountable and urged the council to practise restraint and respect the Sudanese people’s “right to freedom of expression and assembly”.

Tens of thousands of protesters had converged on the encampment, heeding a call by protest leaders to step up pressure on Sudan’s military rulers following a two-day strike last week.

Protesters have accused the RSF of trying to undermine a transition to democracy, a charge the force denies.

The Freedom and Change alliance, the group that is leading the protest movement, has been negotiating with the TMC regarding a political transition, but talks have stalled.

Other attempts to quell the demonstrations have included the closure of media outlets who have been reporting the ongoing developments.

The report by Sudan News Agency (SUNA) quoted Babaker al-Amin, a spokesman for the ministry, as saying that Sudan’s ambassador to Qatar Fathel-Rahamn Mohammed was summoned for consultations and “will be sent back to Doha within the coming hours”.

Qatar-funded Al Jazeera on Friday said Sudanese authorities banned its journalists from reporting in the country.

The decision also included the withdrawal of the work permits for the correspondents and staff of the network with immediate effect.

Al Jazeera decried the move as “an attack on media freedom, professional journalism, and the basic tenets of the right for people to know and understand the reality of what is happening in Sudan”. 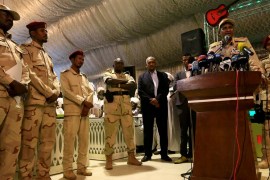 Is Sudan’s military prepared to give up power? 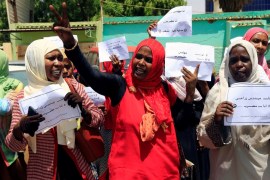 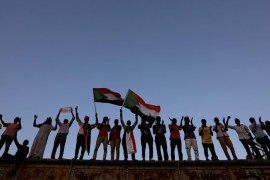 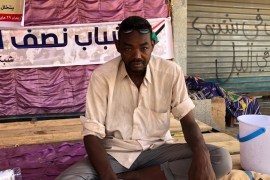