Ankara, Turkey – President Recep Tayyip Erdogan on Thursday unveiled a package of judicial reforms after years of criticism over a crackdown on dissidents and the jailing of thousands said to be linked to a 2016 coup attempt.

Speaking from his palace in Ankara, the president took aim at the European Union, which a day earlier released a damning report on Turkey’s bid to join the union.

In its annual progress review, the European Commission, the executive branch of the EU, accused Ankara of “serious backsliding in the areas of the rule of law and fundamental rights”.

Erdogan, who oversaw the start of accession talks in 2005, reaffirmed his commitment to EU membership while striking a note of reproach. “We implement the reforms not because the EU wants them but because our nation needs them,” he said in the televised address.

Since the failed coup, Turkey has jailed more than 77,000 people on suspicion of links to the group it says organised the attempt. About 150,000 civil servants, teachers, journalists, police officers, military personnel and others have been sacked or suspended from their jobs over alleged support for Fethullah Gulen, a US-based scholar, who Erdogan says orchestrated the putsch.

Gulen denies any involvement in the coup attempt, which led to at least 250 deaths, while critics of the government say the crackdown has been used to stifle all forms of dissent.

The judicial reform package, which was designed after consultation with legal experts and human rights groups, aimed to “strengthen our nation’s sense of justice”, Erdogan said.

While going into some detail on issues such as the training of lawyers and prosecutors, he gave little insight into how Turkey – ranked 109th out of 126 countries in the World Justice Project’s 2019 Rule of Law Index – would address criticism on issues such as the jailing of critical journalists, or the conviction of hundreds for insulting the president.

Ozturk Turkdogan, chair of the Turkish Human Rights Association, one of the groups consulted over the reforms, reacted with caution to Erdogan’s speech.

While welcoming the “positive step” he added: “We have to wait for the relevant concrete draft laws to be tabled at the parliament in order to make a detailed evaluation and assessment of the strategy and roadmap.”

Turkdogan, who was himself arrested in 2017 while taking part in a protest, also called for a “new and democratic constitution based on the principle of separation of powers founded on the rule of law”.

Erdogan, who has been accused of concentrating power over the judiciary in his own hands, said the reforms had been drafted “within the framework of enhancing the independence and impartiality of justice” and to “effectively protect the right to a fair trial”.

Among those imprisoned or who lost their jobs have been more than 4,460 judges and prosecutors, according to the Turkey Purge website, which collates figures from government announcements.

Selim Sazak, a researcher at Brown University’s Watson Institute for International and Public Affairs in the US, said the judiciary urgently needed an overhaul to face the heavy workload created by the rate of arrests, as well as increasing numbers of bankruptcy cases as Turkey’s economic crisis takes hold.

“In this current system, they have created political loyalty as not one of the main factors in judicial appointments, it’s the only factor,” he said. “Now, they need the system to work. They broke the system and don’t know how to fix it so they’re pushing every button.”

Sazak added while some practical measures were likely to be implemented in the short term, there was a “massive dissonance” between Erdogan’s rhetoric on fundamental rights and the recent record on jailing opponents.

Following the attempted coup, Turkey introduced emergency powers for two years that curbed many freedoms and, according to the rights groups, breached international obligations.

Although the emergency regime was lifted last year, new decrees allowed for the dismissal of judges and other officials if they are suspected of ties to groups such as the Gulen movement, which is listed as the Fethullahist Terrorist Organisation (FETO) under Turkish law.

In recent weeks, the cancellation of opposition candidate Ekrem Imamoglu’s win in the Istanbul mayoral race has further highlighted concerns for justice after the Supreme Election Council sided with the complaints of the ruling Justice and Development Party (AK Party).

A second poll is to be held on June 23 that will again see Imamoglu, who is standing for the Republican People’s Party (CHP), pitted against the AK Party’s Binali Yildirim, a former prime minister.

According to polling company Konda, 72 percent of Turks see justice as a key issue for the country.

“It’s obvious that the ruling bloc has caused an erosion in the sense of justice and conscience on the issue of the cancellation of polls,” Konda General Manager Bekir Agirdir said in an interview with the leftist BirGun newspaper.

Few in Turkey doubt the justice system had been infiltrated by Gulenists, who were allied with the AK Party until a corruption case led by Gulenist prosecutors and police officers targeted Erdogan’s close circle in late 2013.

“The July 2016 failed coup attempt by FETO led to a massive purge of FETO-related judicial personnel but they were, this time, substituted by judges and prosecutors loyal to the government,” said Serkan Demirtas, a columnist for the Hurriyet daily. 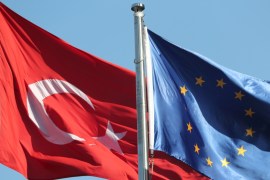 EU Commission report finds Ankara moving ‘further away’ from European Union, but Turkey says it is ‘a part of Europe’. 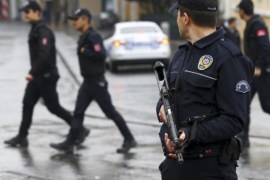 Turkey releases US NASA scientist after years in prison

Serkan Golge was detained in 2016 on a visit to Turkey as Ankara cracked down on alleged supporters of a failed coup. 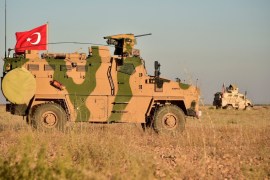